'It is not in Google’s interest to have more regulation' 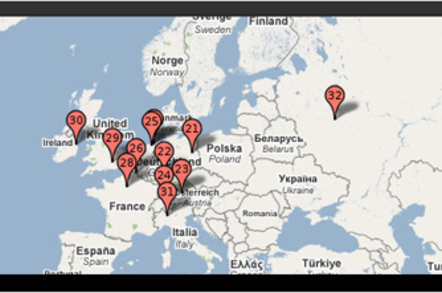 European digital rights group EDRi will boycott the last day of Google’s right to be forgotten roadshow on Tuesday because it believes the search giant has “misrepresented the whole issue”.

As an example, the group pointed to the search giant's Transparency Report, in which it refers to "URL removal requests" rather than the requests for the removal of links from search results.

The search monster’s Advisory Council rolls into Brussels for its final public meeting today. It wants the EU public to give its opinion about the ruling along with suggestions on how the search giant should apply it.

The European Court of Justice ruled in May that Google was a “data processor” under EU law and as such was subject to certain rules regarding privacy. Specifically, it ordered Google to removed outdated and prejudicial links to information about a Spanish national from results of a search for his name. The information itself is accurate and relates to a mortgage foreclosure more than 10 years ago, but Costeja González successfully argued that having it on the top of search results for his name was a misrepresentation.

Since then Google claims to have received more than 150,000 requests for information to be removed from search results and says it has complied in around 42 per cent of cases. But speaking at an event on Monday night, EDRi executive director Joe McNamee claimed that the consultation and discussion about the issue was a way for Google to undermine the data protection overhaul currently under way in Europe.

“Google is in the perfect position to drive much needed change in this area, but the truth is that Google doesn’t want to restrict its own freedom to manoeuvre. It doesn’t want more regulation and misrepresenting this whole 'right to be forgotten' ruling is a way to distract from that,” claimed McNamee.

He is also concerned that the ECJ had created a obligation to restrict access to to communication but there is no balancing obligation to protect citizens’ right to information.

He pointed out that it took Google just 59 minutes to respond to a tweet from Greggs the Baker about an spoof logo in its image search, but four years for Costeja González to have his information de-linked. He added that Google unilaterally de-links or demotes sites that breach US copyright laws.

“It is not in Google’s interest to have more regulation,” he said, “and the so-called right to be forgotten debate is a deliberate distraction.” ®