A decade of 'will they, won't they' rumours reawaken 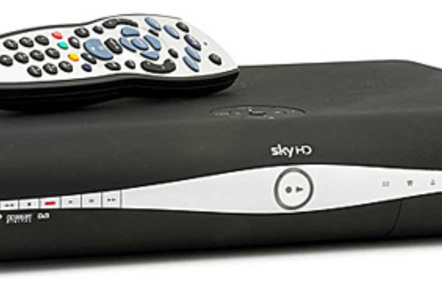 Rupert Murdoch’s Sky is looking to become a mobile network in partnership with Vodafone, which would help tout services to the telly company’s five million customers.

200,000 customers were contacted to see if they would like to take part in a “trial”, which seems like at least 100 times as many people as you’d want on a trial and more like a soft launch.

There have been rumours of a Sky MVNO for a very long time. In 2007 we wrote about rumours dating back to 2005, while mobile phone industry news website Mobile reports that Sky CEO Jeremy Darroch hinted at a deeper relationship with Vodafone last week.

Despite the decade of being about-to-launch, one industry figure told The Register that he saw this as a change of emphasis.

Sky has recently been linked to rumours of buying Life Mobile, the MVNO from the defunct Phone4u, although that runs on EE’s network and Sky has a long and close relationship with Vodafone through selling Sky content to Vodafone mobile subscribers. The common link is that Sky CTO Didier Lebrat was CTO at Vodafone Italy, and before that CTO at Orange UK.

A Sky MVNO would be entering a crowded market, with BT having long rumbling consumer plans through its deal with EE and its own 2.6GHz spectrum and the Post Office being expected to announce the fruits of its EE agreement shortly.

A spokesperson from Sky didn't confirm the MVNO plans but said: “We’ve teamed up with Vodafone to launch some tactical promotional offers to our customer bases to encourage sampling of our respective products and services.”®