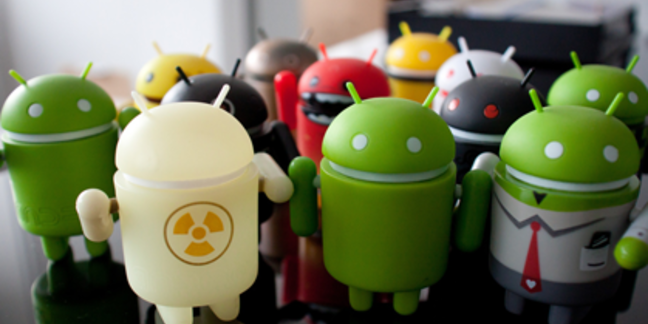 The online giant confirmed the move to El Reg via email on Thursday.

"I want to wish Andy all the best with what's next," Google CEO Larry Page said in the emailed statement. "With Android he created something truly remarkable – with a billion plus happy users. Thank you."

Rubin himself could not be reached for comment, but the Wall Street Journal reports that the former Android supremo is planning to create an incubator to help develop new startups in the robotics space.

Rubin joined Google in 2005 when the online ad-slinger bought Android Inc., the startup he co-founded, which would eventually go on to produce the world's most popular smartphone OS. He stepped down as head of the Android division last year to focus on Google's various robotics projects.

When asked about the Chocolate Factory's ambitions in the area, Rubin described Google's robotics efforts as a "moonshot" and said the company had a "ten-year vision." That was last December; now it seems he won't be the one to see that vision through to the end.

Notably, Rubin also played a major role in Google's legal battle with Oracle over the use of Java code in Android, when he testified in court that while working on Android he had been under the impression that key Java APIs were copyrighted.

According to the WSJ, replacing Rubin as head of robotics will be Google research scientist James Kuffner, who spent seven years teaching robotics at Carnegie-Mellon University and has more than 20 years' experience in the field. ®