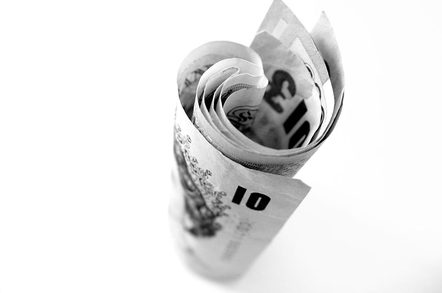 An arbitration court has sided with the Unite union and ordered Fujitsu Services to go open kimono about employee's pay structure, in a bid to aid collective bargaining during the annual pay review.

The Central Arbitration Committee (CAC) — an independent dispute resolution body with statuary powers — received a complaint from Unite in May and held a formal hearing last month.

The union said it suspected that techies at Fujitsu Services (Engineering Services) Ltd, set up by the corporation in 2012, were getting paid less than engineers at Fujitsu Services, and members were “losing out”, particularly in areas including overtime.

On this basis, back in March Unite asked Fujitsu Services to disclose the pay of FSESL, but it flatly refused, arguing the unit was a separate legal entity. Hence, it turned to the arbitration service.

CAC concluded the union’s complaint was “well founded”, because FSESL was set up to act as an extension to the services offered by Fujitsu Services, and as such was covered under an agreement between the union and the company used when negotiating Ts&Cs changes or pay rises.

Fujitsu Services employs 10,000 workers in the UK, including 1,000 engineers. Wholly owned subsidiary FSESL has 350 staff on its books.

Howard Beckett, executive director for legal, membership and affiliated services at Unite, said in a statement: “This decision goes to show the employers can't hide behind separate legal entities to deny our members the information they need to consider pay offers.”

The order shows CAC has “recognised the reality of a negotiation”, he added.

CAC, a judicial body, told us that if a company refuses to comply with its court orders, there are “further statutory steps” it can take that are “tantamount to legal enforceability”.

However, that is not an expected outcome, with Fujtsu Services confirming it will play ball with the order.

“On the basis of the decision by the Central Arbitration Committee, Fujitsu will be providing Unite with the information it has requested,” a spokesman told us. Watch this space. ®