Watch out, Samsung and Apple: Xiaomi's No 3 in smartphones now

From obscurity to selling 19 million mobes a quarter 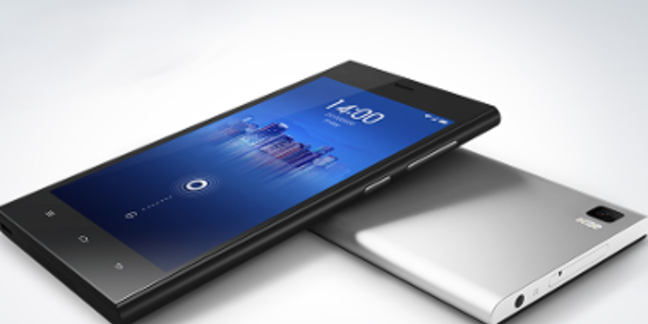 Beancounters at Strategy Analytics said that the Chinese firm accounted for six per cent of the 320 million smartphones shipped in the quarter from July to September, while Samsung slipped down to 25 per cent from 35 per cent.

Top rival Apple also lost some of its share, though it’s still sitting in second place with 12 per cent of the market.

Although worldwide shipments of smart mobes grew 27 per cent from the same time last year, the demographics of the sector are starting to change with more demand in areas like Asia and Africa and more competitors to contend with.

“Samsung continues to face tough competition from Apple at the higher-end of the smartphone market, from Xiaomi and Huawei in the middle-tiers, and from Lenovo and others at the entry-level,” the research firm said.

“Apple’s iPhone growth is slowing worldwide because of its limited presence in the fast-growing entry-level segment. Xiaomi was the star performer in the quarter, capturing a record six per cent market share and rising into third place in the global smartphone rankings for the first time ever.”

The analysts said that Xiaomi’s Android smartphone models are “wildly popular” at home in the Chinese market, where it sells millions every quarter. But Xiaomi’s future plans to try to break markets in the rest of Asia and in Europe are likely to difficult until it can build up some brand awareness.

The firm may also face legal challenges from rivals, the mobile sector’s favourite way to try to get rid of the competition. Xiaomi’s mobes have often been compared to Apple’s iDevices, with folks suggesting that the pairs’ smartphones are just a little too similar.

Recently, Apple design guru Jony Ive was asked about Xiaomi’s lookalike designs and he made it clear that he wasn’t happy.

“I think it’s really straightforward: it really is theft, and it’s lazy and I don’t think it’s OK at all,” he said.

But Xiaomi boss Lin Bin has always taken criticisms that his firm’s mobes are a bit fruity in his stride. In response to Ive, he said that he would be happy to let him have a go on a Xiaomi phone.

"Xiaomi is a very open company, which would never force anyone to use its products. However, one can only judge Xiaomi's gadgets after he or she has used them," he said. "I'm very willing to give a Xiaomi cell phone to him as a present, and I look forward to hearing his remarks after he uses it." ®