Hey - who wants 4.8 terabyte almost as fast as memory?

China's Memblaze says they've got it in PCIe. Yow 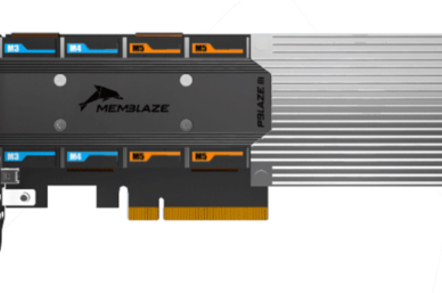 Chinese flash product supplier Memblaze has launched an almost memory-speed server flash card with a 14 microsecond latency - and up to 4.8TB capacity - for the hyperscale market and open compute project applications, according to a company statement.

This is a variant of its existing PBlaze3 card.

Memblaze — a self proclaimed "developer and manufacturer of high-performance PCIe flash application acceleration cards headquartered in China" — claims it provides the lowest CPU load in the industry, with host system memory usage coming in at 1MB per PCIe SSD card.

There are 50 capacity configurations. The cards can scale to 2.4TB in HHHL and 4.8TB in FHHL single slot format. 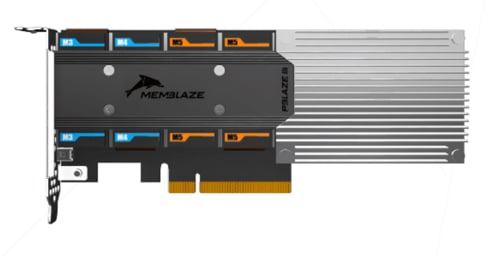 This is, in one sense, long overdue, and an example of a successful Chinese manufacturer looking to grow outside China. Welcome to the PCIe flash card business Memblaze. We're sure Samsung, SanDisk, Seagate, Micron, Intel and other PCIe flash card suppliers will extend you a warm welcome.

Check out Memblaze here or at the Powering The Cloud show in Frankfurt, booth H60; the last day is today though. ®