Sorry about that profit, says NetSuite, our costs should be higher 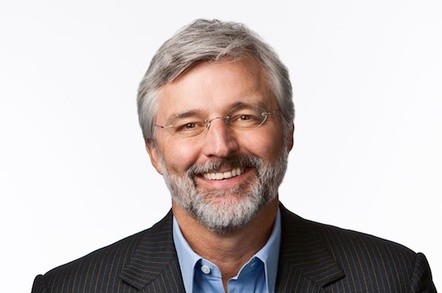 NetSuite CEO Zach Nelson has attributed last week's estimates-busting results are partly due to enthusiasm for cloudy software, but also partly due to difficulties finding people to hire.

The company hauled in US$143.7 million for the quarter, a small matter of 34 per cent more than the corresponding quarter in 2013. But the number that really stood out was non-GAAP net income of $0.11 per share, rather more than the three or four cents analysts expected.

Speaking in Sydney today, Nelson said that nice number was caused by the fact that the company has struggled to hire the people it needs. Had the company been able to get more people on the payroll, costs would have been higher but growth prospects would rise.

Nelson said similar things on the company's earnings call, during which he stated “As you would expect, one key driver of the higher EPS was the overachievement on revenue and gross margins, but net margins also benefited from slower than expected hiring”.

Who does NetSuite want to hire? Product development and services folks, we were told, but the company is careful in its hiring practices and won't fill a seat with someone it's not entirely comfortable with. A bad hire, it's felt, can be a worse thing than higher-than-desired income.

Nelson also said NetSuite intends to stay out of the platform-as-a-service market, despite the likes of competitor Salesforce.com splitting its offering for developers so that force.com is used for apps intended for internal consumption and the Heroku PaaS offering is used for customer-facing apps. Nelson said NetSuite's strategy of allowing partners to develop ”SuiteApps” that run on the company's own infrastructure will, he says, offer all the scalability users could want. ®