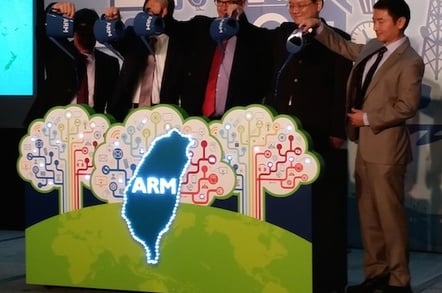 Microsoft looks to have created a version of Windows Server that runs on ARM processors.

Loquacious sources close to Microsoft confirmed a "test version" of Windows Server is up and running, but the report from newswire Bloomberg was scant on other details.

That's not a stunning feat: having developed Windows RT – a version of Windows 8 running on ARM chippery – Microsoft clearly has the know-how to get the job done. And it's not an indication that Microsoft intends to make Windows Server on ARM a product. It's just a test.

Why would Microsoft want to conduct such a test? Intel is developing chippery for very low-powered applications, but ARM looks sure to scoop a decent chunk of the market. If Microsoft wants its usual Windows everywhere story, having a version of Windows Server on ARM won't hurt.

Or perhaps Microsoft is making sure that if the likes of AWS and Google follow through on their rumoured interest in home-made ARM CPUs it won't be excluded from their future offerings. Microsoft may be rather more open these days, but would hate being locked out of the millions of servers – and licensing opportunities – that ARM CPUs in top-tier public clouds would represent.

Then there's the fact that the likes of Red Hat are making sure their OS plays nicely on ARM servers. Microsoft might not enjoy the prospect of Linux folk having that option to themselves.

Or perhaps Microsoft likes the idea of ARM CPUs in Azure bit barns, which can't be cheap to operate. And when you're giving away unlimited cloud storage, as Microsoft today decided it would offer Office 365 users, pennies matter.

On the “why would they bother” side is Microsoft's ongoing close relationship with Intel, the fact Chipzilla's Avoton cut of the Atom CPU represents a decent hyperscale play and the small matter of just how to get applications written for x86 running well under ARM.

If Microsoft does plan Windows Server for ARM it will be a very significant moment in computing history. And a very unwelcome one for Intel. ®