Only 250th most powerful in the world? Bring back Michael Fish 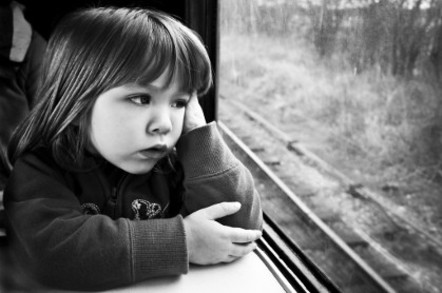 The UK's Met Office has settled on Cray as the vendor for its next supercomputer, with a 16 petaflop XC40 machine* to be shared between the Met Office and Exeter Science Park.

The £97m HPC box will give the Met Office 13 times more supercomputing muscle than it is currently able to flex.

The weathermen want to improve the detail of their forecasting, particularly for flooding, strong winds, fog and heavy snowfall.

The combination of high processing capacity and 20 PB of storage (when installation is complete) will also enable high-resolution forecasting. The Met says it could achieve resolution as fine as 300 metres in specialised forecasts; for example, to model fog risk over airports.

“Scientists will also explore the benefits of adapting the resolution to improve UK winter forecasts out to months ahead”, the announcement says, as well as helping assess the regional impacts of climate change.*

Cray notes that the three-phase rollout will begin immediately, but the major system deliveries will take place between 2015 and 2017.

Other technical details of the machine include the Aries system interconnect; the Dragonfly network topology and DataWarp application I/O acceleration. Cray's Linux will be complemented with its HPC-optimised programming environments.

At 140 tonnes, the machine will weigh “the equivalent of 11 double-decker buses”, as the Met Office notes. As any Reg reader knows, that's the equivalent of 33,333 Jubs according to the Vulture Central Standards Soviet. ®

The Met Office press release claims this particular Cray XC40 is capable of "16,000 trillion [calculations] per second". Using the TOP500 list of top supercomputers, and extrapolating a bit from their graph of the growth of supercomputing power, El Reg estimates that the Met Office box's 16 petaflop capacity will sit squarely in the middle of the TOP500 list by its power-on date of 2017.