The object of its object storage funding exercise 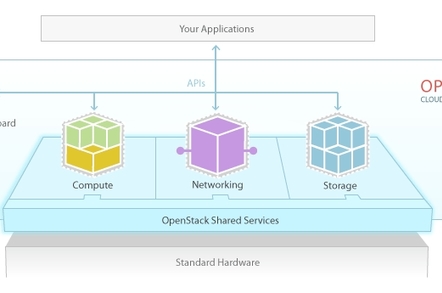 Interview OpenStack-using startup SwiftStack has got itself $16m in B-round funding, raising the total cash invested amount to $23.6m. Why should we care?

CEO Joe Arnold kindly told us. As a recap the business was started up in 2011 and has had a funding injection once a year since then, commencing with a seed round of $1.5m in 2012, an A-round in 2013 and including today's B-round.

El Reg: Why is Swiftstack better or more appropriate for use cases than Ceph, Gluster and Lustre?

Joe Arnold: Ceph, Gluster and Lustre are designed and built for fundamentally different use cases than SwiftStack.

The message we hear from storage architects and operators is that they prefer the best technologies to meet specific requirements and use-cases. All-in-one solutions, like a printer/copier/fax/scanner, are by design not optimized to deliver the best results for each use-case.

Swift, which was designed from the ground up to do one thing really well - object storage - has this focus. Swift is not block storage, so it is not for running VMs or databases. It is also not a file system and does not try to emulate those interfaces. Rather, Swift was designed specifically for unstructured data, the type of data that is growing the fastest with today’s applications. A big reason it serves so well for unstructured data is its specialization and design for eventual consistency to support massive scalability and geographic distribution of data.

El Reg: Why should customers take a risk on immature Swiftstack instead of the more mature offerings from the suppliers above?

Joe Arnold: We would argue that SwiftStack is a much lower risk solution for customers than choosing a 100 per cent proprietary solution. Here’s why:

El Reg: How does SwiftStack's product compare to those from Amplidata, Caringo, Cleversafe and Scality?

Joe Arnold: Here’s how we compare:

(We edited Joe's replies for clarity.)

Overall, El Reg thinks this is all good and helpful stuff. There is a great head of steam building up behind the OPenStack initiative, but will market adoption be weakened by vendors pushing their own proprietary cloud software stacks?

As for Swift, it has to compete against many proprietary object stores, some with high adoption and growth rates such as Cleversafe and Scality.

We can expect to hear more on Swift as OpenStack's profile is raised. There is an OpenStack summit in Paris next week and news is bound to flow from that. ®