Sales surge on distie slurps but profits are down, down, down 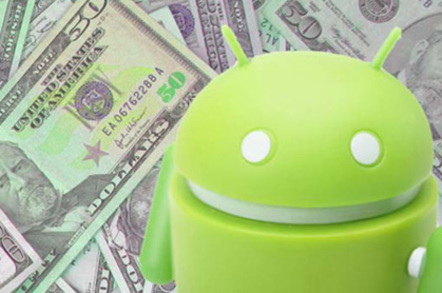 Acquisitions helped swing the sales dial north for Ingram Micro during calendar Q3 but the cost of the latest company-wide transformative activities took a chunk out of profits, the world’s largest tech distie has confirmed.

Revenues grew 11 per cent to $11.23bn for the period ended September, oiled in no small way by portable device shipments hurtling out of Brightpoint, a business Ingram bought for $850m at the back end of ’12.

Technology and Solutions, the classic IT wholesaling arm of Ingram, grew five per cent to more than $9.2bn, but Mobility - the shining star of the show - was up nearly 50 per cent year-on-year to $2bn, the company stated.

Sales in North America leaped by almost a fifth year-on-year to $5.1bn; the Mobility unit expanded by nearly 200 per cent; the XP PC refresh was ongoing; and networking sales were described as “standout”.

In Asia Pacific and Latin America sales were down four per cent and up 17 per cent respectively to $2.4bn and $525m.

More modest growth closer to home saw Ingram report a nine per cent spike in revenues for Europe to $3.2bn, with “strength in retail markets” playing a big role, as was stronger spending among SME resellers.

Chief beanie Bill Humes said the region is “benefitting from cost savings as a result of the initial implementation of our organisational effectiveness, and we expect to see improvements in Europe’s cost structure” in 2015.

Ingram is already mid-way through a sweeping reorganisation that will see the business undertake numerous initiatives, including delayering management and centralising certain back-office functions.

This process, along with the cost of integrating Brightpoint, could be seen in the Q3 numbers as a 14 per cent hike in operating expenses (a climb in S,G&A plus hefty re-keg costs) left Ingram nursing a 13 per cent slid in operating profits to $119.7m.