This relationship status – it's complicated, m'kay? 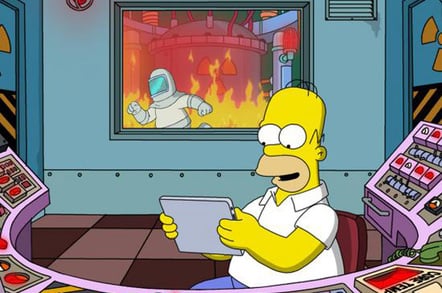 AT&T has been getting plenty of stick in the US, after it decided to disable Apple's SIM carrier-switching feature and greedily grab a customer's new iPad for good.

Now, T-Mobile's US boss John Legere has mocked his competitors, while claiming that his company allows consumers to switch between operators.

In a series of 20 tweets, Legere offered his insight into the current, muddled state of play.

He started off by saying that there was "too much confusion out there around iPad Air 2 and iPad Mini 3 with Apple SIM", which was released in mid-October.

The T-Mobile boss then went on to list what he said were "just the facts".

1/ The Apple SIM, as conceived, was about giving customers ability to choose which carrier they wanted

3/ If you buy your new iPad from the Apple store, it has the new Apple SIM, but here’s where it gets interesting…

4/ @verizonwireless chose not to play at all….Not even on the Apple SIM!

5/ You can pick @att but once you do, you can’t switch again! #typical

6/ And if you pick another carrier, @att is removed from subsequent choices.

Legere then claimed that T-Mobile and rival carrier Sprint had "embraced the Apple SIM concept".

But he added that activating a fondleslab bought from an Apple store differed significantly from when a customer purchased an iPad from a wireless network operator's shop in the US.

Devices are kitted out differently, depending on where they're shipped, he said.

"To activate your carrier store purchased iPad on another carrier’s network, the SIM has to be replaced with the desired carriers SIM," Legere explained.

"The non-configured Apple SIMs used in devices sold at Apple stores or third party retailers are not available to the carriers right now. But they might be ...", he said.

After that, the arrangement gets even more complicated with a Sprint customer, for example, needing to apparently include their Apple SIM-activated IMEI in the network registry, if they originally bought their new iPad in a separate carrier store.

20/ Bottom line… it’s complicated… and it is an emerging change in the mobile ecosystem that we will have to figure out as we go.