Microsoft EU warns: If you have ties to the US, Feds can get your data 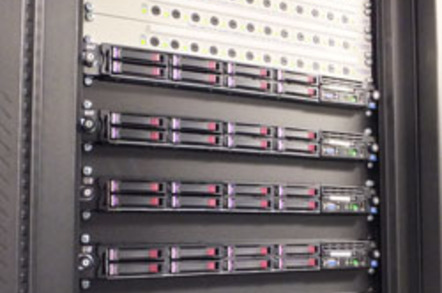 Apple, Cisco, Verizon and AT&T are considering joining Microsoft’s battle against the US government to safeguard customers' privacy – but European corps should also take note.

Microsoft is embroiled in a legal case to resist US authorities’ efforts to seize emails stored on servers in Ireland. The warrant was issued in December, and despite the tech behemoth's appeals, was upheld by a US district judge in July.

Judge Loretta Preska said that the location of the data was immaterial since Microsoft had "control" over it. The case involves an alleged drug trafficker and such routine criminal investigations should fall under the Mutual Legal Assistance Treaty.

However the American authorities have decided to bypass Ireland, and go straight for Microsoft – which is headquartered in Washington, US.

Mark Lange, Microsoft's EU policy director in Brussels, put it bluntly: "We are fighting the Feds, yes. But we need clarity on these issues. We want to be able to tell our customers with certainty that proper legal procedures will be followed in the event of any authority wanting access to their data."

He said the ongoing situation with the US demanding access to data stored in another jurisdiction was "fuzzy".

"Even if we win this case, it will be a limited victory that does not resolve all the issues," added Lange. Indeed whatever the outcome of the case, it doesn't mean there won't be another attempt by US authorities to get access to data stored elsewhere.

He believes even European companies should be thinking about this.

If the US gets its way, it sets a precedent for any company within US jurisdiction. Telefonica has a data centre in Florida, and Deutsch Telecom has an American subsidiary; in theory they could be ordered to hand over information or data about any of their customers whether they are US citizens or not. Microsoft has until mid-December to file its latest appeal papers.

Verizon et al have filed amicus briefs in a US district court, backing Microsoft's fight. EU companies may prefer to watch from the sidelines, but that may not be the smart long game. ®

Updated 'To save the data centre, we had to shut it down' is the gist of the explanation