Are there sounds on Mars? NASA launches audio athenaeum 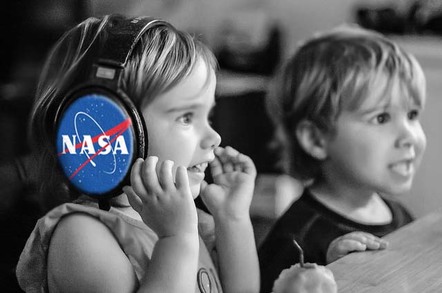 Audiophiles at NASA have published more than 60 samples of historical space artefacts to the administration's Soundcloud account.

The athenaeum opens up the opportunity to listen to some of space exploration's idiosyncratic oddities, including quips and musings between Houston and astronauts, pings from the distant Kepler, or the tumultuous roar of space launches.

The collection includes historic space flights as well as current missions, NASA said, suggesting that fans may enjoy setting the tunes as ring tones or as your next annoying Windows theme.

"You can hear the roar of a space shuttle launch or Neil Armstrong's 'one small step for man, one giant leap for mankind' every time you get a phone call," the agency said.

"Or, you can hear the memorable words 'Houston, we've had a problem,' every time you make an error on your computer."

While that may boil the blood of the most ardent space sycophant, others may enjoy perusing some of the stranger sounds including the passing of comet Temple 1, or the converted sounds from light waves emitted by star kic12268220c and captured by the Kepler spacecraft. ®