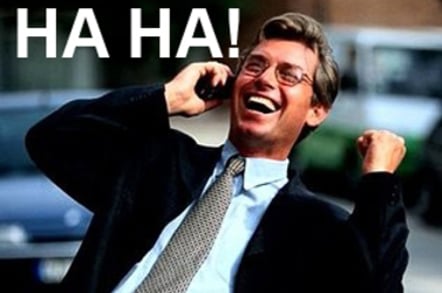 IBM and Microsoft’s Azure cloud are blending after the two firms inked an enterprise partnership.

Big Blue and Microsoft on Wednesday committed to host and integrate their enterprise software on their respective clouds. Also, they'll work together on deeper developer and VM support.

Staples of enterprise IT spanning servers, software and services, the duo reckoned they’d be facilitating greater access to cloud to different ends.

IBM hopes for greater use of its software and its cloud-hosting services, while Microsoft wants more business customers running on its Azure cloud.

Scott Guthrie, Microsoft’s executive vice president for cloud and enterprise, said in a statement customers could advantage of the Azure’s “hyper-scale, enterprise performance and hybrid capabilities".

Under the deal, IBM’s flagship Websphere Liberty and MQ middleware and its DB2 database will be punted on Microsoft Azure.

The IBM software will be delivered via Azure Virtual Machines, like containers that run inside the Azure proprietary fabric, for development and production.

Windows Sever is without doubt a corporate IT operating system standard while SQL Server one of Microsoft’s products growing at an insatiable rate.

IBM has promised make more of its software able to run in and be managed through Microsoft’s hypervisor, Hyper-V.

Also, IBM’s Pure Application Service will be available on Azure.

Microsoft’s .NET runtimes and “relevant” tooling will be made to run on IBM’s Bluemix platform-as-a-service, which officially launched in July.

Bluemix is a hosted platform running on Cloud Foundry that lets you build secure, cloud-based apps using more than 200 software and middleware patterns from IBM and partners with integration to Eclipse and Visual Studio.

The companies reckoned this could open the door to “millions” of .NET developers building cloud apps on IBM’s platform.

Hidden in the cloudiness: a plan for Microsoft to sell IBM software licences to its Windows Azure customers with pay-per-use pricing. ®