How to hit the top of Google's rankings: 'Use a new dot-thing gTLD' 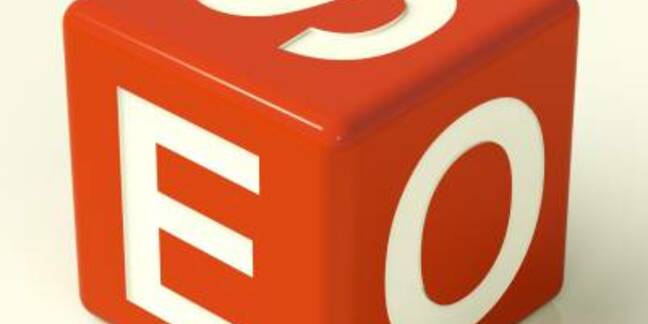 If you want to get higher up Google's search rankings, it turns out that using a new dot-thing domain – such as .guru or .ninja – may give you the edge.

Two recent studies into the impact of new generic top-level domains (gTLDs) have claimed that, far from Google's official position, using the right domain ending can bump you up an extra place or two in the rankings.

Both investigations appear to be independent, and both have gone to some lengths to try to be objective in their analysis. The first, by German SEO specialists Searchmetrics, looked at the impact of .Berlin domains in searches for stuff in the German capital city.

It apparently found dot-Berlin domains consistently did better than the same domains under the German dot-de top-level domain, or the ubiquitous dot-com, when people where web searching for things in Berlin.

While admitting that it needs to look at a larger sample to definitively conclude the impact of the domain extension, the study found that on average dot-Berlin names came 1.18 positions higher.

The second study, by SEO specialists Total Websites, based in Houston, Texas, reached a similar conclusion but with broader, global searches. It concluded that Google is using the ending of a domain as a key component in assessing its value.

Their findings go against Google's official line: it has repeatedly insisted that quality of content is just about the only thing it considers in its search ranking.

Back in 2012, Google's SEO head honcho Matt Cutts took issue with a blogger who said a new gTLD would provide an automatic advantage over dot-coms.

"Sorry, but that's just not true," Cutts wrote, "and as an engineer in the search quality team at Google, I feel the need to debunk this misconception."

Cutts concluded: "You shouldn't register a TLD in the mistaken belief that you'll get some sort of boost in search engine rankings."

But that is exactly what these new studies show. Total Websites goes to some length, complete with screengrabs, to demonstrate that Google is taking a domain's ending as an equivalent to an "exact match domain".

So if you run a company called SEO Dynamics and have the domain 'seodynamics.company', you are going to do better that an equivalent dot-com if someone searches for "seo company".

The same is true across all the new gTLDs, which range from .app to .zulu, and everything in between. Total Websites ran tests on three live gTLDs: .company, .tools and .agency and concluded: "It’s clear to see that new gTLD domains do boost SEO rankings."

This shift has long been predicted by domain name industry experts for the simple reason that top-level domains enable people to choose a domain that more accurately reflects what that intend to put on the related website.

A bicycle shop, for example, is significantly more likely to buy a dot-bike domain than, say, a dot-spot domain.

Of course, this could all amount to a case of "when the cat's away" or rather when the Cutts' away at Google. Matt announced on his blog in July that he was taking a few months off to relax and spend some time with his wife. He is due back next week. ®