Will EMC swallow cloudy upstart? These analysts seem to think so 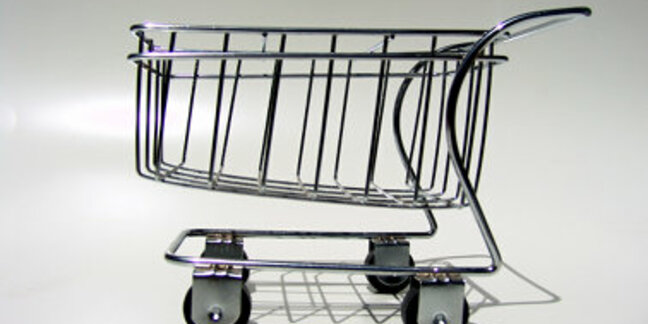 Any move by EMC to acquire Maginatics — and the latter’s software-only cloud storage gateway — would be a “very smart buy”, according to analyst Ben Woo at technical consultancy Neuralytics, following speculation the storage giant is closing in on the startup.

“Software defined storage is not just about on-premise [developments], and Maginatics would give EMC a control platform across all the popular cloud storage services, both public and private, which it could integrate into its existing management platforms and into ViPR,” said Woo.

“This would provide EMC with the industry’s most capable cloud and on-premise software defined storage platform,” he added.

Moreover, according to industry sources with knowledge of the situation contacted by The Reg, Maginatics could certainly be in play as an EMC acquisition target.

Maginatics, founded in 2010 in Mountain View by Amarjit Gill, CEO and board member, and Jay Kistler, CTO and board member, has a filer cloud storage gateway, which has a Virtual Filer (MVF), packaged as a virtual appliance, meaning software can be located on a user's premises, in a colocation/hosting centre or the cloud.

It doesn't actually store data, only metadata, and uses this to control access to an underlying object store.

There can be up to 10 MVFs in a cluster managing up to 14.4PB of file data. One of the MVFs can be nominated to act as the management console. Through it you "create, edit, delete and monitor your shares and the VMs that power them from a single pane of glass", said the company.

The MVF and MagFS agents form a Maginatics Cloud Services Platform (MCSP) which Maginatics claims "delivers a distributed architecture that removes the bottlenecks associated with legacy or emerging technologies based on monolithic appliances".

However, this MCSP does not include Maginatics' own object storage. Instead "customers [can] select the object storage vendor or service provider of choice. Object storage was chosen as the backend because it has better scalability and cost-effectiveness for storing billions of files (objects) in a cloud environment".

The funding history shows an A-round of $10m in 2011 from Atlantic Bridge, EMC Ventures and VMware, and then a B-round of $17m in 2013 from Intel Capital, WestSummit Capital, Comcast Ventures, Atlantic Bridge and, again, VMware. Total funding is $27m.

There is a substantial amount of EMC involvement here, ranging from Atmos and ViPR object store support to funding. 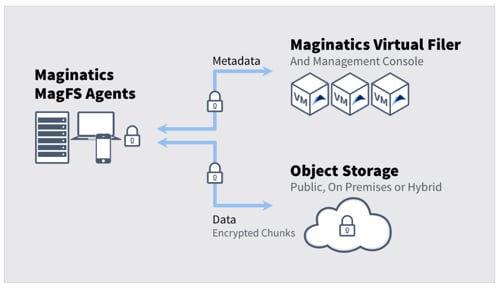 Maginatics has not responded to questions about a possible acquisition by EMC. Meanwhile, EMC marketing supremo Jeremy Burton said he couldn't ”comment on any M&A-type rumours, [although] more broadly we do have a nice hybrid cloud launch on 10/28, where we will clear some of the mist surrounding this topic area.”