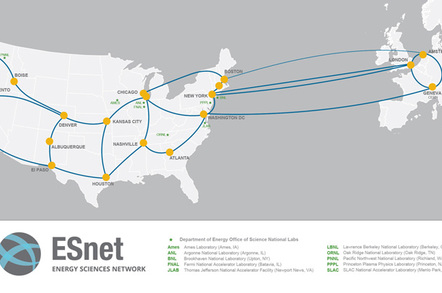 The trans-Atlantic expansion of the ESNet academic network is nearing completion, with Fermilab announcing that testing and commissioning of the 100 Gbps-plus link is near.

The decision to go ahead with 100 Gbps links was announced last year with Amsterdam nominated as the European destination. According to Fermilab's latest announcement, Geneva and London have now been added to to design via the GÉANT network.

Fermilab says the LHC – due to reopen in 2015 during the northern spring – is going to be a key driver of the network. When protons start spinning and wheeling around the collider at the new, higher energies, the experiment is expected to generate 40 petabytes of raw data per year, far beyond the capacity of the 10 Gbps links that preceded the upgrade.

The announcement quotes a Brookhaven National Laboratory physicist, Michael Ernst, as saying that “having the new infrastructure in place will meet the increased need for dealing with LHC data and provide more agile access to that data in a much more dynamic fashion than LHC collaborators have had in the past.”

Brookhaven and Fermilab will now be able to act as hubs for ATLAS and CMS (LHC experiments) collaborations on a global basis.

On the US side of the link, connections will land at New York (two links), Washington DC and Boston, with an aggregate capacity of 340 Gbps (pity poor Boston, which only gets to land 40 Gbps). ® 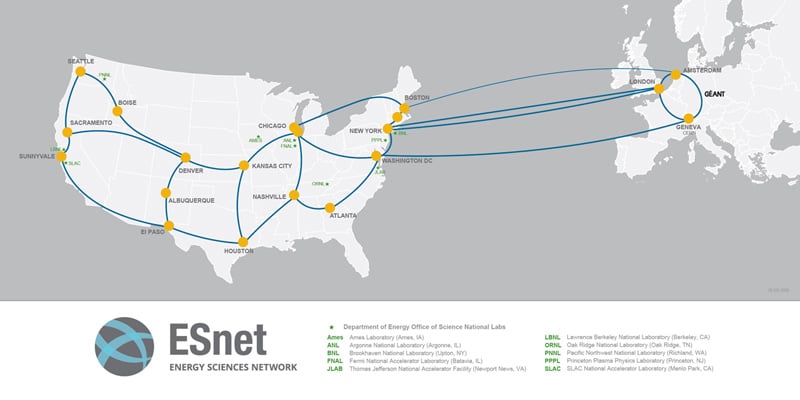