Whisper chief: 'We're not infallible but strive to do right by our anonymous users' 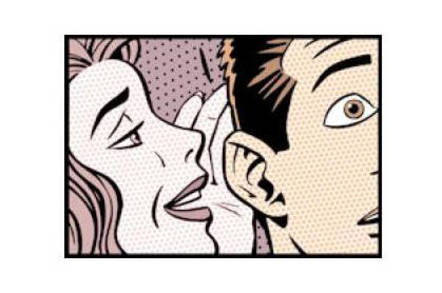 Whisper's CEO Michael Heyward responded late on Saturday to claims that his company's anonymous messaging app was quietly tracking the location of its users.

He admitted in a post published on Medium that Whisper wasn't perfect, but Heyward was quick to defend its business tactics, after revelations emerged that the startup shared information about its publicity-shy users with the US government.

"We realise that we’re not infallible, and that reasonable people can disagree about a new and quickly evolving area like online anonymity," Whisper's boss said.

However, where the app is used by individuals to post messages, for example, about crimes they claim to have committed or threats they plan to carry out, it's Whisper's policy to report those to the police.

Whisper is not a place for illegal activity. If we receive a valid legal request, or we learn that you tried to use Whisper to post content that exposes imminent danger to yourself or others, we will share the limited information we have, including IP address, with the appropriate authorities.

The Guardian claimed on Thursday that Whisper's service routinely tracked the location of its users, whether or not they had opted out of having their movements monitored by the two-year-old phone app.

It was further alleged that Whisper kept a permanent log of all the posts made on the service, even though it claimed to only retain data for a limited period of time. The Graun added in its report that Whisper shared its data with various government authorities including UK and US spooks.

Heyward, in line with an earlier company statement about Whisper's user policy, rebutted the location-stalking claims. He said:

We do not actively track users. We absolutely review users’ posts for trust and safety reasons whether they shared their GPS location or not. For example, if we believe a user may pose a threat to their community, we will take appropriate action. Because we don’t have any personally identifiable information, viewing their past activity (which they have shared publicly) helps us assess if any action should be taken.

To cite another example, if a user claims to be a health care professional concerned about Ebola, we may review their recent posts to help assess the authenticity of the Whisper before featuring it.

The Whisper CEO said that his company was "built on the values of honesty and transparency" and added "we always strive to do right by our users." ®