All torque and no friction

Alternators are incredibly inefficient, not least because the forward voltage drops in the full-wave rectifiers needed to turn the output to DC. The cheap commoditised diodes seem to have unnecessarily high voltage drops. Power is wasted as heat, and then more power has to be wasted in a fan blowing the heat away.

The problem can be eliminated using synchronous rectifiers based on power MOSFETS that have on-resistance in the milliohm region. The fan can be made smaller, so a compounded efficiency improvement occurs. 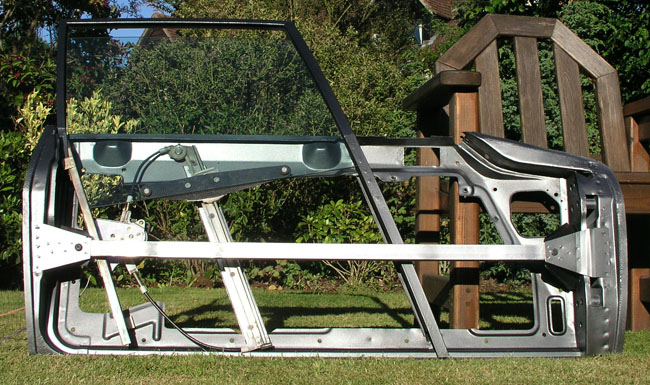 Fig. 8 Stock XJ-S door has a heavy piece of Armco as an anti-intrusion member and the worlds heaviest (and slowest) window lift mechanism. The extruded alloy anti-intrusion bar from an Audi is much lighter, as is the modern wire-drive window lift. Total weight saving for two doors is 40lb or 18kg

The piston engine is characterised by the massive accelerations needed to reverse the pistons at each end of the stroke. These massive accelerations, 1000s of times that of gravity, result in massive forces in wrist pins, big ends and crank bearings and result in significant friction, that heats the oil that causes momentum drag to cool it again.

Engine power is the product of torque and rpm. Many combinations will produce the same power, but some combinations will be more efficient. Since the friction is due to piston acceleration, it goes as the square of the rpm. It follows that obtaining power as low torque at high speed is inefficient. Engine friction can be reduced simply by changing the gearing it to run slower to produce more torque at lower rpm. Further engine friction reduction has been achieved using diamond-like coating (DLC) on the bucket tappets.

Running the engine slower is easily done by lowering the numerical final drive ratio. I went from 3.54:1 to 2.88:1. Ordinarily this would have the effect of making the vehicle seem less flexible, since more engine torque is then needed to get the same thrust at the wheels.

Given the significant mass reductions obtained in the cooling and electrical systems, it was relatively easy to eliminate some more unnecessarily heavy parts (Fig. 8) to obtain an overall mass reduction of 14 per cent, which is 500lb or 228kg. I suspect it could go to 20 per cent if I pushed it. 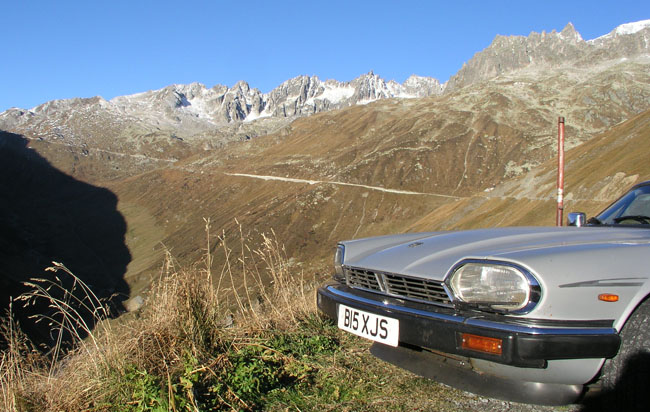 Money where mouth is: if you propose taking a car you have fixed up yourself over the Furka Pass, the workmanship had better be good

With less mass to propel, lower drag and oil at the right temperature, the engine isn’t working as hard and service intervals can be extended. Tyres, dampers and brake pads last longer as well.

One interesting twist. This is a petrol-engined vehicle. Diesel fuel contains 11 percent more energy per litre, so this vehicle has the same thermal efficiency and CO2 output as a diesel car doing 48mpg. Not too bad when my resources are compared with those of a motor manufacturer. ®

John Watkinson is a technical consultant to the Jaguar Drivers Club.

We here on the Reg economics'n'engineering desk salute John Watkinson's radical XJS restoration. We ourselves, in former days, had the full-fat V12 5.3-litre version whose fuel economy was even - spectacularly - worse, and we can vouch for the positive effects on one's social life, passers by etc. We particularly remember parking it outside a run-down pub in a tough neighbourhood with the top down on a sunny day. Two enormous, shaven-headed, incredibly menacing drinkers immediately got up and approached, accompanied by their large and illegal-looking dog, plainly bent on ridding their neighbourhood of middle class ponces in open topped Jags.

"You going to leave that there?" the first one snarled.

"Yes," we quavered. "Just nipping over there to pick up some bags."

Still though, we can't help feeling that hypermiling an XJS, even the comparatively reasonable 3.6 one, may not be the most obvious way to reform the downsides of modern consumer culture and its concomitant economic growth.

Those who actually care about saving fuel and resources - and perhaps about helping to end the evil of economic growth - might instead consider buying a secondhand VW Polo Bluemotion or one of the various similar cars offered by rival manufacturers a few years back. It'll almost certainly cost less than hypermiling an XJS even though these cars (not surprisingly) have held their value better than cars generally do. And you won't have to fiddle with it to get something not far off 90 mpg under the same conditions Mr Watkinson assesses his Jag, though to be sure using diesel.

And really, of course, such people ought to give some very serious thought to not having a car at all.

We should emphasise that we ourselves are big fans of economic growth, and we're not all that down on today's manufacturers, consumers etc. If consumers choose to buy well-made, efficient VW Bluemotions, manufacturers will probably make more cars like that. If on the other hand people go about buying Jags, well ...

Just sayin'. We ourselves would of course still have the Jag if our wife would let us and we could get the children in it - a car that size with only two seats really couldn't be seen as efficient use of resources even if it ran on sunbeams - and even today we certainly haven't got a boring, tiny, feeble Polo which needs to be filled up with urine every so often. - Ed.