Ancillary power loss can be further reduced using electric power steering. This consumes no power unless the steering is being turned, whereas the traditional hydraulic systems consume power at all times, wasting most of it as heat. Fig. 6 shows an electric steering servo fitted to a Jaguar steering rack. The original collapsibility is retained. 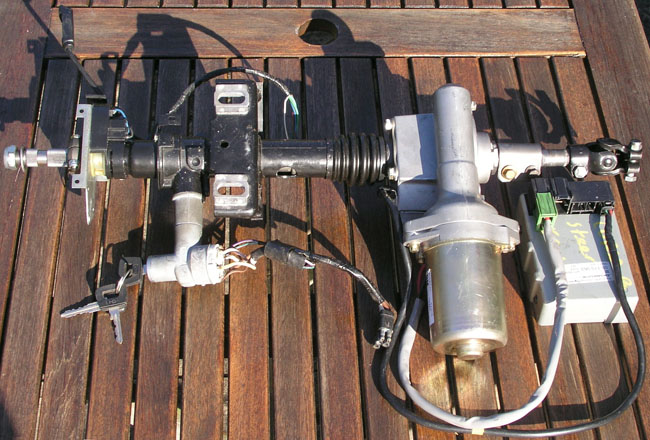 Fig.6 A stock XJ-S steering column adapted to include an electric steering servo. Full collapsibility is retained. Electric servo only takes power when the steering is being turned. Improves fuel consumption by 2-3mpg

In most vehicles, the air conditioner has an engine-driven compressor. The power consumed is significant and the throttle is opened a little when the compressor is on to avoid stalling the engine. Typically there is no co-operation between the A/C system and what the car is doing; the compressor cuts in when it feels like it.

A significant improvement in economy can be obtained using fuzzy logic to control the compressor so that, whenever possible, it runs when the vehicle is slowing down and recovers energy that would otherwise be wasted in the brakes.

Most car wiring is made of copper, which is exactly the wrong material for a mobile electrical system. Copper is expensive and very heavy. Weight for weight, aluminium conducts electricity better than copper, hence its use in everything from loudspeaker coils to airliner wiring.

The electrical system of a car is typically far heavier than it needs to be. The commoditised starter motor is not very efficient. It is considered not to matter as it is only used a few seconds each journey. But it does matter, because the less efficient the starter motor, the bigger the battery has to be. The battery is sized so that it can still start the engine after the parking lights have been on for a reasonable time. The next step may be a Lithium-ion battery.

Incandescent lights are incredibly inefficient and produce more heat than light, if these are replaced with LEDs, the power needed for parking lights can be slashed to a fraction of what it was. An aftermarket geared starter using a permanent magnet motor will consume half the current of the stock starter, as well as being lighter. Those two steps then allow the size and weight of the battery to be halved.

The weight and complexity of a car wiring harness can be slashed using load-point switching. Traditionally, power is switched near the driver and then wired to wherever the device is located. In load point switching, an aluminium DC bus runs around the vehicle and switching modules are located immediately adjacent to the devices concerned. The switching is controlled by thin and light wiring which carries logic levels instead of power. 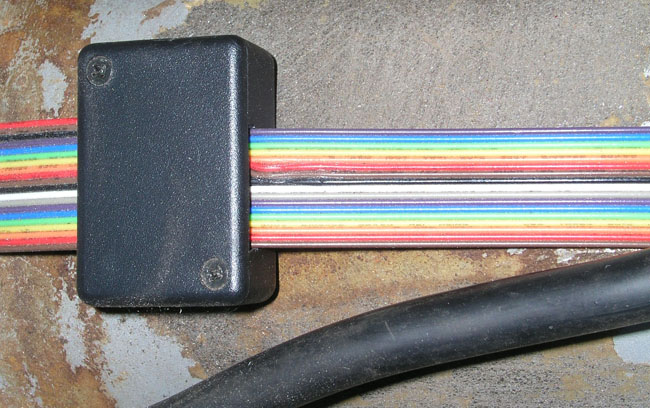 Traditional automotive relays are cheap and crude and the power wasted in the coil is significant. Replacing relays with electronic switches achieves a useful power saving. Instinctively, replace anything with "Lucas" written on it. Fig. 7 shows the wiring harness.

The large conductor is the aluminium power bus; the remainder of the loom is implemented with ribbon cable. Overall mass reduction in the electrical system alone was 57lb or 26Kg.

Next page: All torque and no friction
Page:
Tips and corrections
238 Comments