This time we play for ALL the marbles 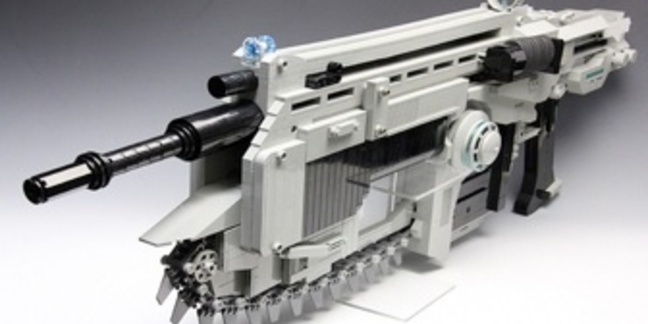 Sysadmin blog The Software Defined Infrastructure (SDI) war is coming, and it will reshape the information technology landscape like nothing has since the invention of the PC itself.

It consists of sub-wars, each important in their own right, but the game is bigger than any of them.

We have just been through the worst of the storage wars. The networking wars are almost in full swing. The orchestration and automation wars are just beginning and the predictive analytics wars can be seen on the horizon.

Each of these wars would be major events unto themselves. Billions upon billions of dollars will change hands. Empires will rise and startups will fall. Yet despite all of that, each of those wars is a tactical skirmish compared to the strategic – and tactical – war that is only just beginning.

The SDI war is to be the net result of all of the sub-wars listed above, as well as several other smaller ones that are mostly irrelevant. The SDI war is the final commoditisation of servers – and entire datacenters – in one last gasp to counter the ease of use of public cloud computing and the inflated expectations brought about by the proliferation of walled garden smartphone and tablet technology.

What's in an SDI block?

The SDI wars will not focus on storage, networking or compute, but on radically changing the atomic element of computing consumed. Instead of buying "a server" or "an array", loading it with a hypervisor, then backups, monitoring, WAN acceleration and so forth, we will buy an "omni-converged" compute unit. I shall dub this an SDI block until someone comes up with better a marketing buzzword.

When the dust settles, an SDI block will contain – but by no means be limited to – the following key elements:

The ultimate goal is that of true stateless provisioning. This would be similar to the "golden master" concept so familiar to those employing Virtual Desktop Infrastructure (VDI) brought to all workloads.

So you want a MySQL database tuned for the SDI block you are running? It will deploy a golden master from the orchestration software pre-configured and pre-tested to run optimally on that hardware. Your data and customizations are separate from the OS and the application itself. When the OS and app are updated, the image will be altered by the vendor; you simply restart the VM and you're good to go.

All monitoring, backups, networking, storage configuration and so forth will simply take care of themselves. Resources will be allocated dynamically based on the hardware available and the constraints placed by systems administrators on what can be sent to which clouds and when.

Unlike the public cloud, this won't be available just to new workloads coded from the ground up. Legacy workloads are here to stay and SDI blocks are all about instrumenting them as fully as possible and enabling them to have as much of the cloud-like simplicity as their aged design allows.

Next page: Charge the lasers, deploy the sharks
Page:
Tips and corrections
30 Comments