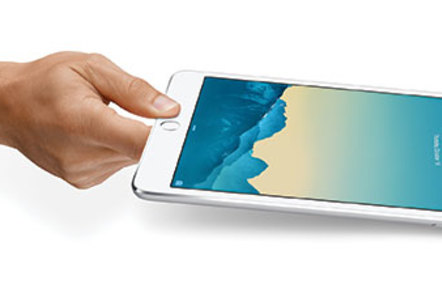 Buried in the hypegasm around the new iPad Air 2 and Mini 3 is a genuinely earthshaking reveal from Apple that could seriously change the way people buy their data.

The iGiant has a introduced a software SIM card in "cellular" versions of the iPad Air 2 and Mini 3 models that can be configured to work with various carriers in the US and UK; this allows for quick switches between providers without the need to physically switch out the SIM card.

Dubbed AppleSIM, the system places one SIM card in the device which can be configured to work with multiple carriers and switched as needed. The new cards are being offered with new iPad Air 2 and iPad Mini 3 models in the US and UK.

Apple hopes that the new card system will make it easy for users to not only manage their main data plan providers, but also configure their iPads to use temporary data plans from local carriers when users travel.

"The Apple SIM gives you the flexibility to choose from a variety of short-term plans from select carriers in the U.S. and UK right on your iPad," Apple says on its site.

"So whenever you need it, you can choose the plan that works best for you — with no long-term commitments."

So far, the company has only signed up a handful of carriers in the US and UK. Those stateside can choose from AT&T, Sprint and T-Mobile (Verizon is notably absent), while those in the UK will only be able to use the AppleSIM with EE.

Apple's not saying how one signs up for a new data plan or if doing so uses iTunes. If that is the case, it's a big deal because Apple will have found a way to take a cut of carrier subscription fees. An Apple SIM in a future iPhone would therefore be seismic.

Those on other carriers or in other markets will still, for the time being, be stuck with the same SIM system as older iPad models. ®