This affects every broadcaster, every cable guy 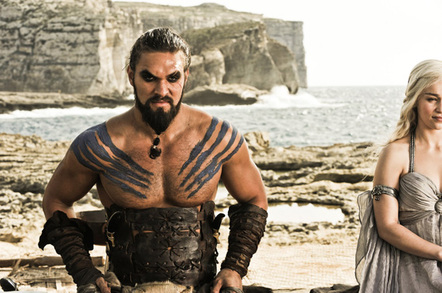 HBO this week has finally done as Netflix said it would, admitting that it WILL provide over-the-top (OTT) streaming content to the masses in the United States.

Netflix CEO Reed Hastings predicted back in May 2013 that HBO would need to make this move soon, claiming it was inevitable.

When in future we teach technology history to kids in school, we will go back to this point as the moment when OTT became the “de facto” form of video delivery – about 20 years after every other form of entertainment began being delivered over the internet.

Faultline predicts that this decision will send shock waves through an already fragile industry and trigger a rush of similar changes, and already this week in moves by Starz and statements by Verizon, we see the OTT imperative growing by the day.

Back in July, HBO CEO Richard Plepler was quoted as saying, “It's about arithmetic. If the arithmetic changes and the arithmetic makes sense in a different way, we are not going to be caught without the ability to pivot,” by which he meant change from working through Multichannel Video Program Distributors to going direct OTT. In August, 21st Century Fox made a bid for the HBO parent Time Warner, saying it wanted to own HBO and take it over the top.

Plepler cited $4bn worth of partnerships that had to be considered and now every one of those partners will have to decide – between now and when HBO goes direct in 2015 – if they wish to continue to offer HBO.

Chances are most of the partners will feel forced to stay onboard, in much the same way that companies have agreed to partner Netflix (mostly outside of the US) while Netflix also has the power to go direct. That doesn’t mean that each of them, as deals come up for renegotiation, won’t try to pay less, but that’s what the arithmetic is; if revenues fall more slowly than direct revenue grows, then HBO wins. Presumably it will be called some variant of HBO Go, the name that is universally used in part of the world, such a Northern Europe, where HBO already goes direct.

Technologically speaking, HBO already has partners and suppliers in place and some experience with running an online OTT video service and we expect no hiccups in its transition to a full OTT provider in the US.

The reason that the change was so obvious to the Netflix management is because they could see how US pay TV had stagnated, but at the same time see how easy it has been to continue growing in OTT. Once Netflix surpassed HBO in terms of domestic subscribers, it was only a matter of time.

Many TV Everywhere packages, particular the Xfinity service from Comcast, offer streamed OTT copies of services which customers have already signed up for, so HBO is available to a large audience as OTT content.

The announcement was made at the investment meeting of its parent company, Time Warner, by Plepler. The rationale was to chase the 10 million US homes that only have broadband, and not pay TV.

Plepler said, “That is a large and growing opportunity that should no longer be left untapped. It is time to remove all barriers to those who want HBO.

"So, in 2015, we will launch a stand-alone, over-the-top, HBO service in the United States. We will work with our current partners. And, we will explore models with new partners. All in, there are 80 million homes that do not have HBO and we will use all means at our disposal to go after them.”

The US only has 115 million homes, so the implication is that only 35 million homes have access to HBO in the US. And many of those 80 million are unable to afford HBO on top of their pay TV bundle. However, much of the reason may be because of the way the offers from pay TV operators are structured.

Presumably if a pay TV operator helps HBO by approaching customers who are NOT currently HBO subscribers and gets them to subscribe to the OTT channel, then they will perhaps split the revenue between them.

But then again, why would a cable company add them to a HBO OTT service? Surely they'd prefer to add them to their existing MVPD version of HBO. Comcast charges $10 a month for HBO on its system, and given that Netflix in the US starts at $9 a month, HBO is likely going to be a very similar price OTT.

So we don’t think that cable operators will engage with this kind of offer and instead will continue to push it delivered by quadrature amplitude modulation (QAM, the standard model of digital cable channel encoding/transmisssion via cable television providers).

Will US viewers cut the cord?

Imagine a household that watches less than the average amount of TV but watches a lot of HBO. Once they realise that they can get the service without a cable TV subscription, they could become a cord shaver or cord cutter, and dump their cable sub – or part of it. We think the combination of Roku, Netflix and HBO and perhaps even Amazon or Hulu is going to get closer and closer to being enough TV for some subscribers.

Interestingly, with respect to Canada, where the government has said that TV channels must be offered a la carte, some companies have stood up this week and threatened to go OTT throughout Canada.

Now that may be an empty threat, since they would lose ALL of their Canadian revenue overnight and have to rebuild it, but Verizon as a pay TV provider in the US has also said that it would offer channels a la carte, simply because consumers want that.

So if some of the major cable channels in the US go ahead with their Canadian threat – and Viacom is one of the companies saying it might do this - then suddenly from Netflix being the freak company that delivers only through OTT, that form of delivery throughout North America starts becoming the norm and everyone has to do a business case to see how they might fare if they went that route.

The more there are companies of the ilk of Time Warner considering OTT delivery, the more opportunity that new TV channels – for instance those on YouTube – will feel content to remain on the new paradigm, not on a TV, but on an OTT net-top box like the Roku, just in case they can pick up momentum sitting alongside a Time Warner channel.

That type of reaction can make this HBO announcement the tipping point for OTT video content.

More and more content will go to a non-TV device – more subscriptions will become for a private individual, and associated with their portable device. At Faultline we have coined the term Mobile First Video and once the TV ceases to be essential in any video delivery network, the weight of video in the home is borne by Wi-Fi and goes to any device – even more than it does today.

All over the world, HBO partners will also be preparing for this. Game of Thrones has typically been sold exclusively to one broadcaster per territory, and we will have to see how long it takes before HBO can wrest this content out from under existing partners so that it can go direct.

It could take years (we expect it to) for its top-end content to be globally available OTT. But once that has happened, we can see the TV reduced to a screen on the wall that mostly you flick your mobile content to.