It's not always about you: Why the Apple Watch is all about China

Confused by that weird 'digital touch' thing? Don't worry, you're not Chinese 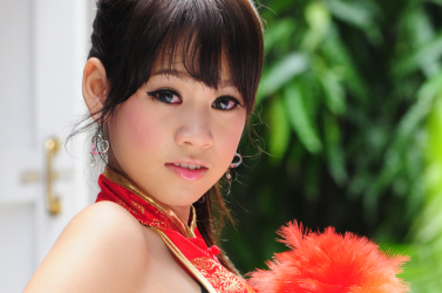 Analysis If you’re wondering why you don’t want the new Apple Watch as much as you think you should, don’t fret, it’s because you’re not Chinese.

When it was launched last month, all eyes were on what innovations Apple had been cooking up. Sure, a watch would likely tell you when someone was calling, or pop up your emails, but this is Apple; it Thinks Different. So what did it have up its sleeve?

Depressingly the answer appears to be “digital touch”: the ability to tap other people on the wrist and tell them what you want to eat for lunch by drawing a really bad picture of a fish. You could send them your heartbeat too. And for $350+ you get a Fitbit thrown in for free. 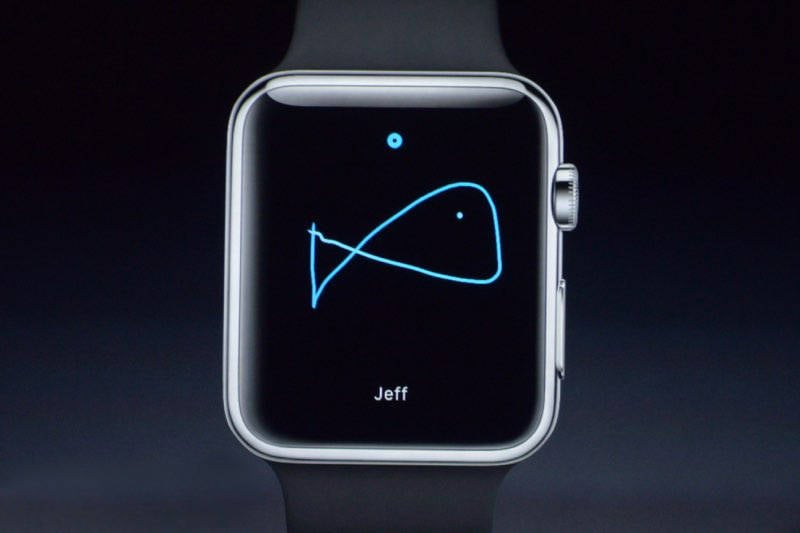 Showing off the ability to use the Watch to, er, send bad fish pics?

That all seems, you know, like something you might use every now and again. But is it enough to push you into paying three times what a Pebble and Fitbit together would cost? Probably not.

Here’s the rub: Apple doesn’t care. Because the Apple Watch is not for you; it’s for the billions of people with tens of billions of dollars for whom the ability to instantly draw and send a sketch on a tiny screen answers a huge daily problem: talking to each other.

As you are probably aware, China, and much of Asia, do not use letters; vowels and consonants. Instead the written language is made up of characters, created by strokes followed in a certain order that often reflect the physical attributes of what they are describing.

This pictorial approach to communicating extends to when people are actually talking face-to-face. When speaking, some words can be used to mean widely different things. So Chinese speakers will make quick signs with their fingers, often on their palms, while talking to someone in order to remove potential ambiguities.

This shape-signing extends strongly to digital technology. In order to type, Chinese speakers find the Western-style Qwerty keyboard beyond frustrating. Instead, they will have a touch pad used to discern character strokes and/or some kind of voice recognition software.

Simon Cousins, marketing officer for TLD Registry, a company that sells Internet domains that end in Chinese characters and so is acutely attuned to what the digital generation does in China, explains it well. “Voice recognition in China is light years ahead of Western language voice recognition – mostly because it is so critical to helping people communicate digitally.”

But while watches that can do voice recognition are starting to take off in Asia, it does come with a fundamental flaw: noise.

What the Apple Watch does is allow for immediate communication using strokes of a finger. Note: the “digital touch” feature doesn’t wait for you to finish a particular picture and then hit Send. That would be much more effective system for a Western audience that wishes to draw pictures.

Instead, it sends the strokes as they happen from one person’s phone to another’s, tracked and relayed in real time. And that is how Chinese characters work – it is not the finished picture that relays the information but the individual strokes built on top of one another. Do the strokes in a different order and they mean something completely different.

That explains another feature of the Watch – tap to vibrate. While this may seem like little more than an opportunity to annoy someone by constantly prodding them, Chinese speakers will use it to alert someone they are about to communicate with. If you don’t see the characters as they are being drawn, you will have a hard time understanding what is being said.

In short, Apple is calculating that by combining the equivalent of texting with a premium price product, it can make progress in the huge Chinese market. And don’t forget that every Apple Watch will require an iPhone to work.

Where did Apple choose to launch the new watch properly? That’s right, the front page of Vogue China.

What is the premium product within the three-watch family? The gold Edition collection. Gold is huge in China, as sales of the gold iPhone 5S – also created to appeal to the Chinese market – revealed.

And as for the launch date. Surely some huge mistake to launch in “early 2015” and miss the Xmas rush? Sure, if you are looking to sell to Westerners. Not so much if China is your market.

The Chinese New Year – the equivalent of Xmas, Thanksgiving and Black Friday rolled into one – starts 19 February.

So, sorry fanbois, when you find yourself not buying the most expensive Watch because, you know, who wants a gold watch? And you have a hard time getting excited about the super new features in your super new product because, well, they’re not just that useful, don’t be disappointed.

The problem isn’t the Watch, it’s you: you’re not Chinese. ®