FBI boss: We don't want a backdoor, we want the front door to phones 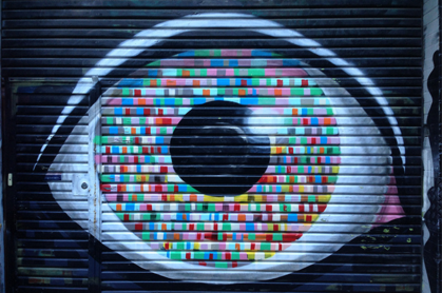 FBI director James Comey is continuing his charm offensive against phone encryption – by urging tech giants to do more to help the agency monitor people.

In a speech to the Brookings Institute, Comey said the decision by Apple and Google to turn on file encryption by default in iOS and Android was seriously hampering the efforts of cops and g-men to protect the public at large.

He complained to the Washington think tank that criminals were "going dark," and technology firms should be compelled to build gadgets that can be easily accessed whenever the FBI wants.

He reminisced about the good old days of law enforcement, where a court order could allow the agency to tap into any phone in America. Nowadays that's not always possible, he said, and so something had to be done.

"There is a misconception that building a lawful intercept solution into a system requires a so-called 'back door,' one that foreign adversaries and hackers may try to exploit," he said.

"But that isn't true. We aren't seeking a back-door approach. We want to use the front door, with clarity and transparency, and with clear guidance provided by law. We are completely comfortable with court orders and legal process - front doors that provide the evidence and information we need to investigate crime and prevent terrorist attacks."

Such a system should be built into new devices in the design stage, Comey said, and all carriers and technology firms should work towards this goal. He didn't mention how it was going to be possible to avoid hackers using the same backdoors to hijack victims' phones and tablets, but presumably he thinks that's not his problem.

Comey said the existing US Communications Assistance for Law Enforcement Act needs to be updated to enforce this. Earlier in his speech he noted that not all companies were complying with CALEA – which requires manufacturers to build security holes into devices for Uncle Sam to exploit to intercept communications.

He accused Apple and Google of seeking a market opportunity by making file encryption the default on their devices. But he claimed doing so put their users "above the law."

Last week Silicon Valley chiefs were saying quite the opposite at a roundtable in California. Google chairman Eric Schmidt said such features were not to gain new sales, but to stop the collapse of existing markets as users wanted privacy and weren't prepared to buy technology without it.

Earlier this month security guru Bruce Schneier also burst one of Comey's much ballyhooed concerns, that of encryption foiling child kidnapping investigations. He pointed out that of the 3,576 warrants were granted for communications interception in 2013, one involved kidnapping. In the same year police reported being stumped by encryption nine times, and four in 2012.

Comey said that unless such front-door access was granted to the Feds then "homicide cases could be stalled, suspects could walk free, and child exploitation might not be discovered or prosecuted." He also warned terrorists could use social media to "recruit, plan, and execute an attack."

"I've never been someone who is a scaremonger. But I'm in a dangerous business. So I want to ensure that when we discuss limiting the court-authorized law enforcement tools we use to investigate suspected criminals that we understand what society gains and what we all stand to lose," he said.

"We in the FBI will continue to throw every lawful tool we have at this problem, but it's costly. It's inefficient. And it takes time. We need to fix this problem. It is long past time." ®