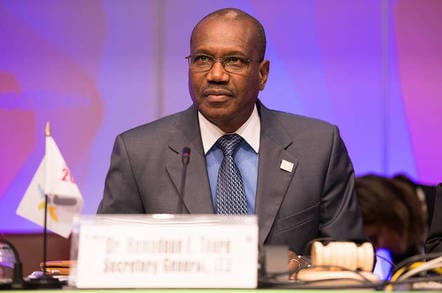 The Arab States will push for greater control of the internet next week – by arguing that only governments should steer how the web is run, rather than independent bodies.

Some of the proposed changes are small, such as replacing single words with stronger versions (“significant” to “leading” role, for example), while others insert entire paragraphs focused on strengthening the role governments play in deciding the future direction of the internet.

Most significant is insertion of text that argues “policy authority for international internet-related public policy issues is the sovereign right of states.” In other words, only governments should decide on online issues.

Other groups could act as advisers or would be able to decide things such as technical protocols, but the really important issues around legislation would remain the preserve of governments.

This approach clashes wildly with the “multi-stakeholder” model of decision-making that is used for internet policy where everyone including the technical community, business, civil society and so on have an equal say.

The document also provides some validation of recent pronouncements from the US government that the ITU meeting will be used to “reduce internet governance to a meeting of governmental technocrats promoting narrow national interests.”

As a riposte to the US, the Arab States are also preparing to bring up the issue of mass online surveillance exposed by ex-NSA techie Edward Snowden.

Adding a section sub-titled “deeply concerned”, the proposal takes aim at the US by highlighting the “negative impact of mass surveillance as well as the collection of personal data on the sovereign right of states” and complaining about “the lack of international Internet-related public policy, in particular those related to protection of privacy and personal information and data.”

Such blunt efforts are unlikely to be passed at the ITU's Plenipotentiary meeting, but they do break what had been a calm series of submissions from member states (at least compared to recent years). The proposals also highlight that there remains a significant split in opinion across the world over how the internet should develop – something that was brutally exposed at the ITU’s previous conference in 2012 when a large number of countries refused to sign the final text and walked out the meeting.

More subtle attempts to expand governments’ role in the internet at this month’s meeting include making the ITU an official supplier of IP address numbers, and changing the name of the ITU itself from International Telecommunication Union to “International Communications Union”, in an effort to bring the internet more into its scope.

The Plenipotentiary will be the last meeting of sitting Secretary-General Hamadoun Toure, who has served eight years as head of the UN agency. He will be desperate not to preside over another collapse; the Arab States proposal just made that task a little harder. ®