Not only Nadella that's nuts 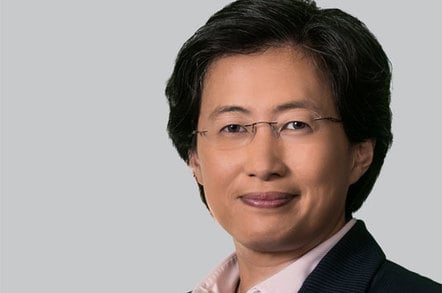 The latest insult to women working in tech came courtesy of chipmaker AMD, whose new CEO Lisa Su will take home a smaller base salary than Rory Read, the man she recently replaced.

Su rocked up at AMD early 2012 as senior veep and GM for global business units and was made chief operating officer in January, raking in some $650,000 a year.

Promotion to the CEO’s chair got her another $200,000 in salary but this is still some way short of the $1m that former Lenovo exec Read received each month.

The chip producer is reported as saying Read’s “compensation included various incentives common in situations in which a person joins a new company. As a current employee, this was not the case for Lisa”.

The gender pay gap was thrust into the foreground again recently when Satya Nadella made his first gaffe as Microsoft CEO by saying the fairer sex should not ask for a pay rise, they should trust in the system and rely on resulting good karma.

He later backtracked, saying he was wrong to have made the statement, but the damage was already done.

Su’s financial reward could be bolstered from next year if AMD meets forecasts, the firm said in a filing.

“Beginning January 1 2015, an annual cash performance bonus at a target amount of not less than 150 per cent of base salary [will be] payable under the terms of the company’s executive incentive plan,” stated AMD in an SEC filing.

We've asked AMD for comment but they had yet to respond at the time of publication. ®