To Russia With Love: Snowden's pole-dancer girlfriend is living with him in Moscow

While the NSA is tapping your PC, he's tapping ... nevermind 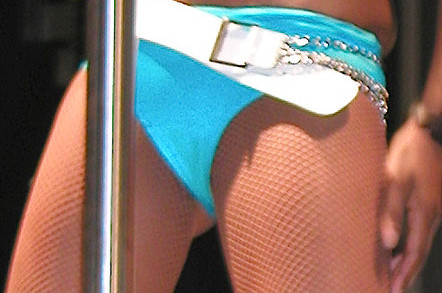 If you've been worrying that NSA leaker Edward Snowden has been living a wretched existence in some horrible Moscow flat, shunned and alone, fear not. A new documentary on him claims that, on the contrary, he's happy and healthy – as is his live-in girlfriend.

According to the film Citizenfour by documentarian Laura Poitras, Snowden has spent the last few months shacked up with long-term belle Lindsay Mills, who moved to Russia to be with him in June of this year.

Snowden and Mills reportedly met in Japan in 2009 and later moved to the US state of Hawaii together, where Snowden worked as a contractor for the NSA while employed by the consultancy Booz Allen Hamilton.

Mills, meanwhile, worked as an occasional exotic dancer, although at the time she described herself on her own website as a "world-traveling, pole-dancing super hero."

When Snowden fled Hawaii for Hong Kong with his cache of purloined NSA documents, Mills blogged that she was typing on her "tear-streaked keyboard," saying, in characteristically turgid style, "I don’t know what will happen from here. I don’t know how to feel normal. But I do know that I am loved, by myself and those around me. And no matter where my compass-less vessel will take me, that love will keep me buoyant."

Mills later pulled the plug on her online exhibitionist activities in light of all the unwanted attention she was receiving following Snowden's flight.

But now it seems that her "compass-less vessel" has managed to steer her to Russia, where she has rejoined Snowden in his Moscow love-nest. Whether Snowden and his associates were instrumental in helping her relocate and obtain the requisite visas is not clear.

"But the fact that he is now living in domestic bliss as well, with his long-term girlfriend whom he loves, should forever put to rest the absurd campaign to depict his life as grim and dank," writes longtime Snowden chronicler Glen Greenwald in an article for his publication, The Intercept.

Poitras' documentary on Snowden premiered on Friday at the New York Film Festival.

And in other news, a new report by Poitras and Peter Maass reveals that the NSA uses undercover operatives to subvert foreign companies and telecommunications networks, having done so in China, Germany, and South Korea. ®