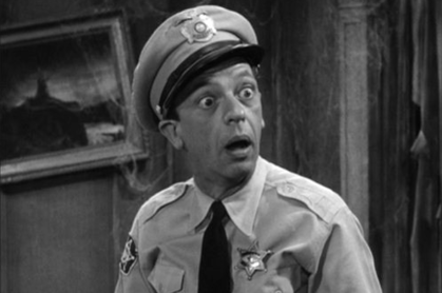 You know that nifty remote wipe function that takes all the photos off your phone when it gets lost? Turns out criminals know about it too, and they're using it to wipe phones taken by police as evidence.

The BBC has heard from a few UK forces that report some of the mobes and tablets they've taken in as evidence have been remotely wiped.

Apparently, Brits have been able to establish connections with their confiscated devices and, using the remote management tools offered by vendors, wiped their mobes 'n' slabs in order to remove evidence.

The Beeb's report notes that law enforcement agencies should perhaps consider placing seized devices into a Faraday Cage or similar enclosure. When in police hands, however, a remote wipe could be performed wherever a signal is available.

Such incidents could become more common as remote wipe technologies grow in use. In California, for example, legislators have mandated that all phones sold in the state be enabled with remote bricking "kill switch" functionality.

Privacy advocates have worried that the features could be abused by authorities to shut down communications during protests. Now, it seems the shoe is on the other foot. ®