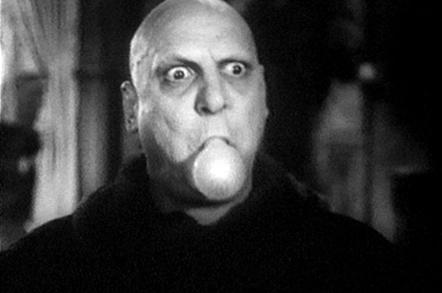 The relationship between former Microsoft CEOs Steve Ballmer and Bill Gates has so soured over the years that the pair are no longer speaking to each other, according to a new profile.

The article, which appears in the November 2014 issue of Vanity Fair, cites numerous Redmond insiders who claim that tensions between the former college buddies began brewing as far back as 2001 but really came to a head around the time Ballmer resigned as Microsoft's CEO.

Ballmer claims to have planned to quit in 2017, but he ended up handing in his letter four years earlier – and reportedly not even Microsoft's board, of which Gates was then chair, was expecting it.

Sources say his decision came after clashes with the board over Microsoft's then-proposed gobble of Nokia's Devices and Services business, a deal Ballmer was keen to complete.

"That was my best idea," Ballmer says he told the board. "If we're not going to do it, then you need to get someone else who will have the next big idea."

The board did eventually approve a deal to buy Nokia's handset unit, but grudgingly, and not under the exact terms Ballmer had outlined. That was when Ballmer says he realized it was time to go, telling Vanity Fair, "there was too much water under the bridge with this board."

That Gates had been part of the faction that opposed Ballmer's plan to buy Nokia was reportedly the blow that ended the pair's friendship.

But that wasn't the first time Gates and Ballmer had clashed. The two reportedly butted heads repeatedly during Ballmer's early days as CEO, culminating in what Ballmer describes as a "really awkward, terrible dinner" in early 2001 over which they reconciled their differences.

Even after Gates finally handed over the reins, Ballmer admits he struggled in the corner office. "The worst work I did was from 2001 to 2004," he told the magazine.

His biggest mistake in those years, he said, was not recognizing the enormous opportunity looming in the mobile phone market. Instead, he poured Microsoft's "A-team" resources into Longhorn, the over-ambitious Windows revamp that eventually collapsed under its own weight and shipped as Vista.

And the Microsoft manager in charge of leading the Longhorn project? Bill Gates, whose title at the time was chief software architect.

Today, having quit his seat on the board, Ballmer says he seldom ventures to Microsoft's Redmond campus, preferring to devote his time to running his newly acquired Los Angeles Clippers basketball team from a condo some 20 minutes away.

Despite saying he's "kind of moving on," however, he remains Microsoft's largest individual shareholder, with a stake worth an estimated $15bn.

As for the man currently occupying the corner office in Redmond, Satya Nadella – who kicked off his tenure as CEO by announcing 18,000 layoffs – Ballmer told Vanity Fair, "I am giving him space."

Gates, on the other hand, says he currently spends around 30 per cent of his time at Microsoft, where he advises Nadella on technology matters. ®