Twitter sues US government for right to disclose NOTHING 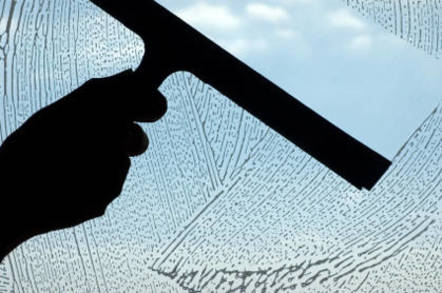 Twitter has sued the US government in a bid to gain approval to publish more granular transparency reports.

As the avian network's veep for legal Ben Lee has blogged, “Our ability to speak has been restricted by laws that prohibit and even criminalize a service provider like us from disclosing the exact number of national security letters ('NSLs') and Foreign Intelligence Surveillance Act ('FISA') court orders received - even if that number is zero.” Twitter wants permission to report on “... the scope of U.S. government surveillance – including what types of legal process have not been received” and feels “We should be free to do this in a meaningful way, rather than in broad, inexact ranges.”

Hence this filing [PDF] in the US District Court, naming US attorney-general Eric Holder, the FBI and the US Justice Department “requesting relief from prohibitions on its speech in violation of the First Amendment.”

The complaint states that by preventing Twitter from publishing transparency reports in its preferred format the US government “... forces Twitter either to engage in speech that has been preapproved by government officials or else to refrain from speaking altogether.” The complaint alleges that “Defendants provided no authority for their ability to establish the preapproved disclosure formats or to impose those speech restrictions on other service providers that were not party to the lawsuit or settlement.”

The genesis of the dispute can be found in Twitter's July transparency report, which the company says fell short of its hoped-for format after “... we provided a draft Transparency Report addendum to the U.S. Department of Justice and the Federal Bureau of Investigation, a report which we hoped would provide meaningful transparency for our users. After many months of discussions, we were unable to convince them to allow us to publish even a redacted version of the report.”

The FBI's reasoning for its stance, as explained in this letter [PDF] hosted by The Washington Post is that the information Twitter wants to publish “is classified and cannot be publicly released.” The Bureau goes on to argue that Twitter can still publish a very fine transparency report without the data it wants to publish.

But Lee disagrees and says the principles behind its suit represent … an important issue for anyone who believes in a strong First Amendment, and we hope to be able to share our complete Transparency Report.” ®