LTE's backers vow to KILL OFF WI-FI and BLUETOOTH

I am made all things to all men 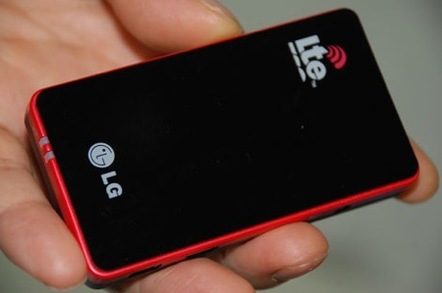 Bluetooth, Wi-Fi, weightless and Sigfox, not to mention GPS and TETRA: LTE’s proponents plan to make every one of them redundant, while also ensuring their own advanced wireless standard becomes the only one anyone, anywhere, will ever need. And all this by March 2016.

Long-Term Evolution's supporters have never hidden their aspirations to make it the globe’s dominant radio system, but the priority list for Release 13 reads like a battle plan, assaulting those niches where alternative technologies still dominate. Venturing into unlicensed spectrum, connecting embedded machines, locating and even sending jobs to the printer on your desk — each one will be part of the LTE standard within the next two years.

That particular LTE standard is being developed by the 3GPP (Third-Generation Partnership Project), and a new release of aims and developments is published every 18 months or so. It used to be numbered by year, but that got embarrassing as implementations lagged behind specification, so now it’s just numbered instead.

Release 12 should get signed off in March next year, and the work on Release 13 has already started. Last week, the 3GPP published the priorities for that standard, and it seems that connecting mobile phone calls is pretty low on the list.

Number One on the LTE hit list is TETRA, which, outside of the US, dominates public safety and the emergency services. Inside the US, that title is held by P25 (a suite of standards for digital radio communications), but maybe not for long.

The US FirstNet project is a $7bn national network being built to provide connectivity to first responders. The network has been commissioned by the federal government, which has donated 20MHz of national radio spectrum. FirstNet will be based on LTE, despite the standard lacking key capabilities, which have prevented it being used for critical communications.

The most obvious problem is group calling — TETRA networks are regularly used to connect large groups of people, while LTE has been a one-to-one communication standard. TETRA also supports push-to-talk, so responders can be alerted by a squawking radio without having to answer a call.