Did I say better together? Um... – Meg Whitman 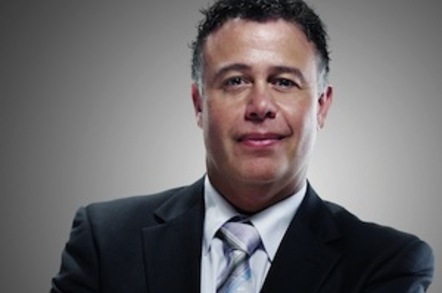 Just a few weeks ago, anyone would have said that HP CEO Meg Whitman was seemingly cast from the same mould as former Brit politician Mrs Thatcher: the lady was not for turning.

That perception of the CEO, who has told people for years that she planned to keep the PC and printer division part of the group because "we are better together", was called into question today after HP confirmed it is to undergo a period of conscious uncoupling.

Both companies will be separately listed on the New York Exchange when the transaction completes, due for the end of October next year, and increasing "shareholder value" largely appears to be the rationale for the move.

The divisional divorce comes three years into a five-year turnaround strategy hatched by Whitman when she replaced Leo Apotheker at the top of HP in late 2011, but differs in that he hoisted a "for sale" sign outside the operation.

And the move, albeit an about-turn, has been well received by HP nearest and dearest in the channel, the companies that generate 70 per cent of the revenues for the Palo Alto-based organisation.

“Strategically, it is the right thing to do,” Computacenter CEO Mike Norris told us, “and it is a more elegant solution than just trying to sell off the PC business”.

“HP needs to crack on and ensure a swift execution,” Norris said.

Whitman has worked 18 hour days since taking the CEO’s office at HP, trying to convince disillusioned channel partners that it was a company worth placing their bets behind by increasing predictability and stability.

Martin Hellawell, CEO at Softcat, said HP had done well to get on the front foot again – after the major CEO churn – and he hoped channel partners will not face another period of introspection amid the uncoupling.

“I can’t see any real negative apart from the potential disruption [during the execution]. HP should be an easier business to deal with, more agile.”

One voice of dissent in the HP channel came from a source who complained the split was “counter-intuitive” to some of the work between the HP Enterprise and PPS teams that are tag teaming on large corporate accounts.

“At ground level, in the last five or six months HP has been pushing hard on this. HP told us it is back, and the PC and Enterprise Group are collaborating”.

The PC biz is one of the areas driving top line gains for the entire HP organisation in this fiscal year to date, with servers, services and software on the whole stalling at the company and across much of the industry.

The timing of the split announcement is interesting in that it coincides with a recovery in the enterprise PC business triggered by the XP refresh – which HP reckons has lots of life yet – and falling prices of thin and light form factors.

But Whitman conceded at the recent Canalys Channels Forum that HP had missed some trends, that the shift in demand for tablet and smartphones left HP wanting on both fronts, and in between it lost the number one global spot in traditional PCs to Lenovo.

The company said today the decision to separate will give each the “independence, focus, financial resource, and flexibility” to adapt to market changes, rather than finding itself wrong-footed at times. It also plays to the trend on Wall Street that values smaller, highly specialised tech firms.

“The age of the customer is changing a lot of things in the tech industry, especially for companies like HP that feature an enormous portfolio traditionally focused on hardware and maintenance services,” said Peter Burris, Forrester veep.

“The pressure is in to shift the focus to software and related business technology services, which is where customers, investors, and partners see greater opportunity and value,” he added.

Pleasing analysts and channel partners is one thing, but the primary rationale for the deal is to get those folk on Wall Street smiling. and the split news from HP seems to have done that, though not to the extent HP would have wanted.

The share price was up 4.6 per cent to $36.82 at the time of writing, and it is hoped that the valuations of independent HP Enterprise and HP Inc businesses will be greater than they currently are. Investors will be able to decide if they want a piece of a PC company or an enterprise biz.

Brian Alexander, director of technology research at financial analyst Raymond James, warned investors in a note of “potential dis-synergies and execution challenges associated with this separation.