To those affected: All your data are belong to ... that guy 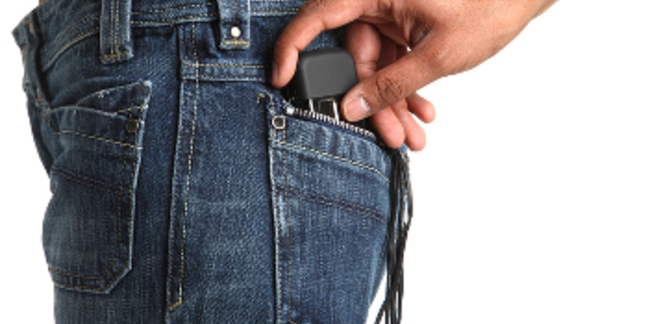 AT&T has warned subscribers that a rogue staffer rifled through the telco's customer database without authorization.

The telecoms giant said one of its workers pulled up sensitive information – including social security numbers – and was duly fired for breaking the corp's privacy rules.

According to a letter [PDF] to customers, the staffer also accessed driving license numbers and other data earlier this year. A copy of the memo was sent to Vermont's Attorney General, as required by state law, who published it online.

"We recently determined that one of our employees violated our strict privacy and security guidelines by accessing your account without authorization in August 2014, and while doing so, would have been able to view and may have obtained your account information including your social security number and driver's license number," AT&T told customers in the letter.

"Additionally, while accessing your account, the employee would also have been able to view your Customer Proprietary Network Information without proper authorization."

The company is offering identity-theft insurance and a year of credit monitoring services to customers for free, though both are offered on an opt-in basis; subscribers must enroll using an ID number provided by AT&T.

AT&T is also advising people to change the passcodes on their accounts.

The company promised to reverse any fraudulent charges made as a result of the data breach. Sources familiar with the matter have placed the number of people affected at around 1,600, making the AT&T incident far smaller in scope than some of the recent leaks hitting retailers.

"Insiders are worse than hackers because there's no way to protect against them that's truly effective," offered Jonathan Sander, a strategy and research officer at Stealthbits Technologies.

"If you need to do business, you need people to access information. If the wrong person or the person in the wrong frame of mind decides to use that access badly, what can you do?"

Earlier this year AT&T reported another small-scale breach in which a group of contractors accessed an archive of customer account information including social security numbers. ®