At least he didn't ask us to 'think of the children' 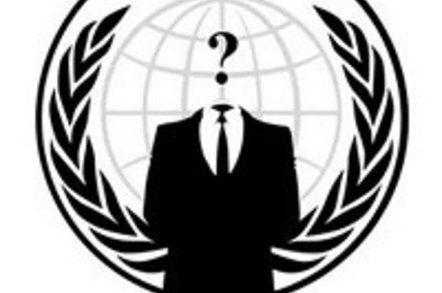 People don’t know the difference between privacy and anonymity, says EU top cop Troels Oerting: they want the former, but the latter will make life too easy for criminals.

The Europol Assistant Director and head of European Cybercrime Centre (EC3) was joining a chorus of lawmakers and law enforcers reacting to news that Apple and Google will soon make all smartphone data encrypted by default.

In a move that was welcomed by digital civil liberties organisations, Apple announced that it would not hold the keys to iOS 8 data encryption, and so couldn’t pass on users’ data no matter how much law enforcers might want it.

Outgoing US attorney general Eric Holder, speaking on the same subject, asked people to think of the children, saying child predators could use the encryption settings in mobile platforms to evade authorities and hide illegal images and content on their devices from law enforcement. FBI Director James Comey, meanwhile, was so upset by the move that he said it would make it impossible to save children from kidnappers. He also bemoaned the fact that law enforcement would not be able to get access to gain access to "a terrorist's device".

Oerting was more measured: “The problem right now is, that there seems to be a confusion between anonymity and privacy. We all want and need privacy, but this doesn't mean anonymity.”

But still raised the warning flag: “Irreversible encryption will make it very difficult - maybe even impossible - for law enforcement to obtain evidence and I am not sure this reality is clear to all,” he said.

“In any democratic society we need to provide law enforcement with a right to obtain information authorised by a judge, based on a clear suspicion, in cases involving serious crime or terrorism. This applies to the offline world and should also apply to the online world.

“Full encryption of communication and storage online will make life very easy for the criminals and terrorists and very difficult for law enforcement and law abiding citizens. We have to find the right balance between security and freedom - and this balance has to be set by citizens in a political and ethical discussion on the trade-offs,” said Oerting.

That won’t cut much ice with activists who are clamouring for privacy – and Apple, Google et al are well aware that this is a selling point. “On devices running iOS 8, your personal data such as photos, messages (including attachments), email, contacts, call history, iTunes content, notes, and reminders is placed under the protection of your passcode,” said Apple’s official statement on its encryption plans. "Unlike our competitors, Apple cannot bypass your passcode and therefore cannot access this data. So it’s not technically feasible for us to respond to government warrants for the extraction of this data from devices in their possession running iOS 8."