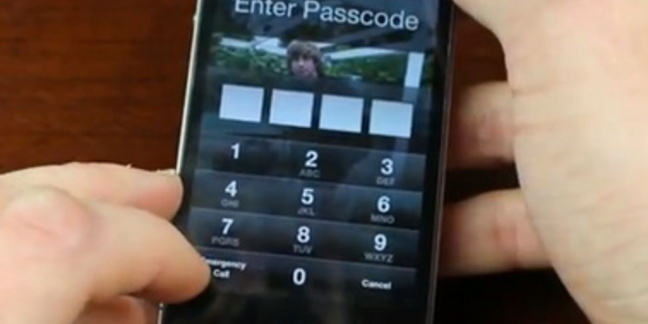 Yet another US official has played the "think of the children" card, taking Apple and Google to task for implementing stronger encryption policies in their mobile platforms.

Outgoing Attorney General Eric Holder said that child predators could use the encryption settings in mobile platforms to evade authorities and hide illegal images and content on their devices from law enforcement.

Holder, who didn't list any companies by name, said that the new encryption policies were "worrisome" for law enforcement. Speaking to a meeting of the Global Alliance Conference Against Child Sexual Abuse Online, Holder stressed the idea of shutting down safe havens for child predators.

"We would hope that technology companies would be willing to work with us to ensure that law enforcement retains the ability, with court-authorization, to lawfully obtain information in the course of an investigation, such as catching kidnappers and sexual predators," Holder said.

"It is fully possible to permit law enforcement to do its job while still adequately protecting personal privacy. When a child is in danger, law enforcement needs to be able to take every legally available step to quickly find and protect the child and to stop those that abuse children."

Holder isn't the first official to call out mobile OS builders for baking encryption into their devices by default. Last week, the director of the FBI criticized the practice, declaring that the policies allowed criminals to be "above the law".

As others have noted, however, it is the particularly egregious government intrusions into the privacy of citizens which spurred vendors to institute the policies rather than become accessories to possible civil rights violations. Experts have also pointed out that authorities can likely use other means than forcibly unlocking a phone to access stored data if they need to. ®