The Geek Chorus: 'Give MARK ZUCKERBERG all the DATA he wants!'

Robert Scoble made a Marxist out of me 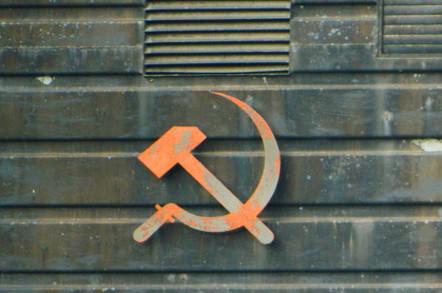 Opinion I doubt he intended this. Nor, I suspect, did sponsors Telstra Digital know that a lovely luncheon laid out at Sydney’s Establishment would, by the end of Scoble’s all-over-the-map presentation about the new landscape of sensors, social, clouds, and services, leave me humming “The Internationale”.

The former Microsoft blogger and tech bon vivant took us to a world “way over the freaky line” to draw the rough outlines of a "contextual OS" - services that know our needs so well they can be working to meet them before we lift a finger.

That sounds alluring, a bit like the "upstairs" universe of Downton Abbey, powered by squadrons of "downstairs" servants who constantly monitor, observe, and respond to every whim of their masters. Scoble promises a perfectly pampered lifestyle - and who wouldn’t want that?

But who here is the servant, and who the master?

In order to work at all effectively, a contextual OS needs to record all of our activities, using that data stream to build a detailed heuristic, from which predictions can be made, and actions taken. Someone is going to be collecting that data. For our benefit, of course. And surely that’s the only reason. Surely.

Scoble calls himself an "all-in guy". He wants to be recorded, analysed, mapped and modelled. He sees this as a good thing, a way to make the universe bend - even just a tiny bit - to his will.

So he shouts at a roomful of executives - partners in Telstra’s three-year-long transition to a digital operations infrastructure - “GIVE MARK ZUCKERBERG ALL THE DATA HE WANTS!”

Because Zuckerberg, that unalloyed force for good in this world, will only use all of that data to improve service delivery in every one of our ‘all in’ lives. It’s simple, really. Blindingly obvious.

This is when I had my moment of clarity - though not perhaps the one Scoble had scripted.

Scoble’s popularity owes itself to his natural bonhomie - he’s Silicon Valley’s ideal of a bloke - and his complete absence of critical facility. In Scoble’s eyes, it’s all good, every aspect of Valley culture and commerce, and getting better every day. C’mon, he’s saying, let’s all go all in.

In that universe, Robert Scoble is the massive, central black hole around which everything else revolves.

But there are more things in heaven and earth than are dreamt of in Scoble’s philosophy. Intellects, vast, cool and unsympathetic, regard Scoble not as master but as product.

As Scoble goes ‘all in’, quantifying himself with gadgets and services, he outgasses (I can find no other word for it) vast quantities of data, which each of these services eagerly vacuum into their own massive databases. Scoble receives some small benefit from this continuous act of data collection, but they’re the crumbs from a very rich meal.

The world of the ‘contextual OS’ is one where we have been alienated from the ‘surplus value’ of the data created as we move through our lives. Consider: we never see the data collected by our supermarket loyalty cards, our credit cards, our public transport passes, our access passes, the location data constantly being transmitted by our mobiles to our carriers, on and on, world without end.

This huge wealth of data - the most important part of our connected lives is hidden from view. Purposely.

Why? Because it has value. There’s an untested but pervasive assumption that it has more value if held tightly, withheld even from the person generating it. We remain in the dark so Robert Scoble can have his latte ready by the time he walks to the counter at his local cafe.

This fundamental inequity has more than just an economic dimension. This data holds our secrets. As never before, knowledge is power. Those who know our secrets have power over us.

Edward Snowden demonstrated conclusively that state actors such as NSA and GCHQ gather this data for their own ends. That’s not going to change. But this world of pervasive observation also provides leverage for commercial entities seeking advantage. How much does Google or Facebook know about every commercial-in-confidence transaction? What about your bank or your supermarket?

Even if these organizations swear to never use this data against us, the temptation will be constant - and accidents will happen. The honeypots of billions of quantified selves represent the coming digital security threat.

We need a data liberation movement.

I’m far from the first to suggest this. But as we rapidly trade our inalienable right to own our own data for a few glass beads, this point needs to be made - and repeated - until the economic forces colluding in the theft of data sovereignty stand fully revealed. The ancien regime of data expropriation must be overthrown. Our safety depends upon it.

Or hey, we could go all in. What could possibly go wrong? ®