That PERSONAL DATA you give away for free to Facebook 'n' pals? It's worth at least £140 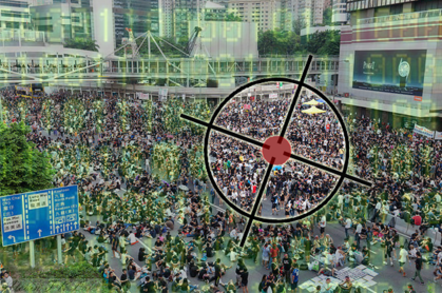 “Who would have predicted, 20 years ago, that you’d get free stock quotes, free maps and a free encyclopaedia?” WiReD magazine’s “Senior Disruptor” Kevin Kelly* told a London conference last week.

But new consumer research for telecoms multinational Orange indicates that even at a price of free, the punter is being ripped off. It also suggests – and this is better news – that we’re growing up faster than the tech gurus and marketeers realise – and beginning to put a price on our personal data.

Orange found that internet users know that their data is valuable, care how it’s used, and the vast majority think the service provider gets a better deal from the data exchange than the punter (at 80 per cent, 77 per cent, and 67 per cent respectively).

Survey respondents said the most valuable data was personal income, followed by the email addresses of close friends and family. Demographic data is less highly valued, although it’s incredibly valuable to fraudsters. The total value however is significant: £140 (€170) per consumer.

It illustrates just how valuable the data-processing operations Facebook and Google operate really are – and shows that after two decades the punter is increasingly looking the gift horse in the mouth.

Not surprisingly, personal data is priced higher when the organisation is not known or trusted.

The research was conducted for Orange in four countries (France, the UK, Poland and Spain) with 2,023 respondents.

It’s hard to overstate the significance of this trend – which marks a tectonic shift in how people view themselves and internet services such as Google and Facebook. For the first two decades of the internet, individuals paid a kind of poll tax or flat fee for access, and then assumed all the services were free. They cared little for what personal data was required to obtain the free stuff.

In turn, this meant that bits were not priced or valued, regardless of what they contained. And not all bits are equal. (UK users price data revealing their sexual orientation to an unfamiliar organisation at £12.82, the study finds.) Silicon Valley’s giant data processing companies – which is what they are, once you remove the utopian rhetoric – boasted of the billions they contributed for free in terms of consumer surplus.

However with internet users now becoming increasingly sophisticated, free doesn’t look like such a good deal any more. It's just one aspect of internet companies requiring end users to "work for free": social networks like Facebook and newcomer Ello, user-generated content and rating sites like Yelp or Medium, and Wikipedia all require valuable contributions and don't pay you a penny, and the value of your work is accrued by somebody else. As I wrote recently, today's "internet economy" requires an endless supply of idiots.

But people aren't prepared to be idiots any more, its seems. The "disruptors" may be about to get a "disruption" they really weren’t expecting…

You can find the study here. ®

Kelly’s memory may be failing him. Twenty years ago people were obtaining maps and real-time stock quotes through CompuServe – and had been for years. They could get a decent encylopaedia too. Kelly was followed by Minister Ed Vaizey who made merry with Kelly’s pretentious job title, musing, “I wonder if WiReD magazine has a ‘Junior Disruptor’? I wonder what he does?”