Emma Watson should 'shut up, all this abuse is her OWN FAULT'

... said an anon coward who we really wish hadn't posted on our website 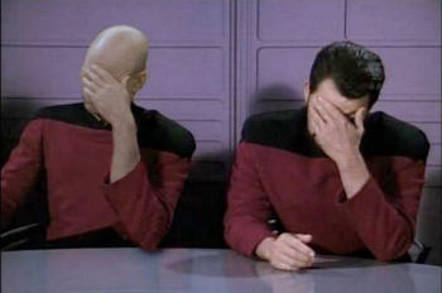 CoTW What should you do when a mature and sensible website like The Register (stop that sniggering at the back) offers you an anonymous commenting option? Why, abuse it flagrantly to blame the victim, of course!

First, though, before the tidal wave of infuriated outrage clicking the headline reaches the commentard in question and pushes him into becoming An Hero, let's have a look at the actual contenders for Comment of the Week.

This week everyone was completely a-tizz about the iPhone 6. Lots of our dear commentards had many things to say about the latest incarnation of the Jesus Phone and its security features.

As it happened, a great number of you thought the appropriately monikered Number6's nugget of wisdom worth upvoting:

Perhaps if the spooks hadn't been abusing their powers up to now, people wouldn't see the need for encryption. If you catch someone with his fingers wrongly in the pie you make it more difficult for him to repeat the act.

In other comments which caused the Great Register Commentard Mangler to chuckle to itself this week, we give to you an comment which kicked off an entire thread on the use of the word "fuckbag". Oh yes.

Eat a sack of fucks you fucking fuck fuck.

Who'd have thought that the word fuck could cause so much mirth and merriment on the internet, eh? You guys, you crack us up. Anyway...

In non-fruity firm mobe news this week was the release of BlackBerry's square rectangular Passport phone. Unfortunately, some of you were less than impressed with the Canadian mobe-maker's latest effort:

This phone is DOA. One has to wonder why if this is such a good idea, why none of the other phone makers thought about it before? Maybe because, the vast majority of usability studies show that most people like a phone they can pocket, or they can easily slip into their pocket book. I guess once you get rid of over 60% of your staff, whatever is left isn't the most talented, or forward thinking bunch.

The best think BB could have done, was to continue their BB7 line, while BB10 catches on. By now BB7 devices would have cost $50 bucks, and would have help them retain a lot of customers who are now in the Apple and Android world and would never go back to BB.

It would appear that at least 57 Reg readers, at the time of writing, own BlackBerrys. Hey ho.

That headline outrage IN FULL (disclaimer: may not actually be in full)

But returning to the headline comment. Courtesy of the Anonymous Coward who thought this was a sensible thing to write, we give you possibly one of the sillier comments ever posted on El Reg in recent times:

While I don't condone what Emma Watson has been threatened with, it's downright wrong and probably a load of tosh anyway, if she did have pictures she would rather no one saw, then don't take them in the first place.

We're not going to quote it in full - feel free to follow the link and post your thoughts on that complete and utter nonsense. Perhaps you'll follow the example of Triggerfish, whose view, directed at the Anonymous Coward who wrote the above, is worth repeating here:

So you would have no trouble about a bunch of people now tracking you down, releasing your address, pics of your kids etc etc now, since you have put a comment on the public web?

On the same theme of Emma Watson daring to make a reasonable speech at the UN, commentard Craigness posted, in response to the suggestion that 4channers might - shock, horror! - be hypocrites when it comes to others exercising their freedom of speech to air views that 4channers, as a whole, dislike:

She wasn't moderated, got worldwide media coverage and more than a million views on Youtube. But what she said was sexist, completely ignoring men's issues whilst claiming to be for equality. People need to expect some comeback for that, but not this.

Finishing on a high note, this week's Golden Vulture Dropping of Sheer Excellence goes to Oninoshiko, with this blindingly magnificent pearl of wisdom regarding our views on the iPhone 6, which deserves to be immortalised forevermore:

"On the other hand, we might suggest that a phone which can't be carried in one's pocket hardly qualifies as a mobile phone at all in this day and age."

Yes, yes you may.