How the FLAC do I tell MP3s from lossless audio?

Can you hear the difference? Can anyone?

Reg reader Kilby said: "For a decent encoded file, say 192kbps MP3 versus a FLAC file played on a decent amp and high end (studio quality) speakers, I think I could tell the difference between the two. I definitely should be able to on headphones." 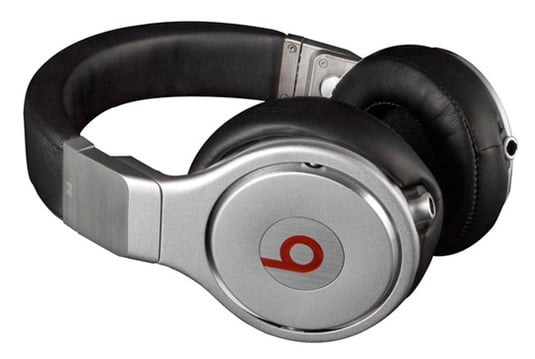 Beats headphones: Possibly not the first choice for an audio quality test

Kilby also pointed out that the speakers are only the end-point hardware. "MP3 has a habit of taking off some of the top-end frequencies and the very low-end ones. However because this is primarily how music is listened to at the moment, most consumer-level equipment has non-linear amplification and will boost the frequencies to compensate."

"Beats are probably the best known at doing this - large amplification at the lower frequencies. However, this is what the EQ in the equipment thinks should be there, rather than what was actually there in the recording."

"Generally professional-level equipment's job is to amplify all frequencies of the source and make it louder with as little distortion as possible. The speaker design is pretty much irrelevant; the amp and associated electronics are way more important."

If my ears are the problem then I'm buggered before I start. Might as well ask a colour-blind person to pick out a shade of pink from a colour swatch; it's impossible. Move on.

The problem could be that I don't know what to listen out for – that I am an uneducated listener – or that I don't listen out for the sound of the cymbals in the background to the guitar riff at a certain point in a music track. But if I have to be educated about the MP3-FLAC listening differences then do they really matter? To me, I mean.

It's as if someone said, "Ah, you listened to the wrong piece of music. You can really hear the difference on Dire Straits' Sultans of Swing 56 seconds in, or on the 15th Diabelli variation." Okay, I understand the theory, but no-one has yet actually been able to tell me, with my system set-up, exactly what lossless music will sound better to me than the MP3 version.

And, anyway, if the difference is that slight, that specific, does it effectively matter at all?

With these seven potential items potentially contributing to the problem of no perceived MP3-FLAC difference then I give up. There is no way, I have decided, that I can work through them, one by one. Unless someone can tell me different, and in a bulletproof demonstrable way. I think I can detect an instantly perceptible MP3-FLAC difference in hearing a piece of music played through my Sonos speakers.

Maybe it's because I'm colour blind in an auditory sense.

Am I wrong? Tell me. I'd love to get more listening pleasure from the music and hear it as the artist intended. But how the hell can that be arranged and demonstrated? ®

Correction: an earlier version of this story stated that "Apple's iTunes stores music in MP3 encoding as standard". This has now been corrected.