Symantec's CEO search ends where it started, with Michael Brown 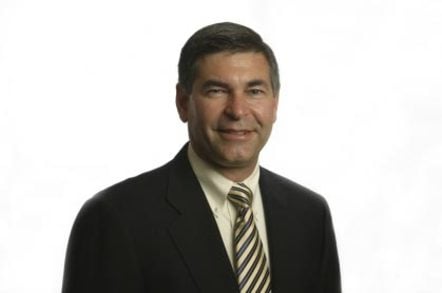 After a six-month search, Symantec has finally named its new permanent CEO – and it's none other than Michael Brown, the man the company's board named as interim CEO in March.

Brown reportedly emerged as the front-runner during a review of more than 100 potential candidates, 30 of whom were "actively vetted" for the chief exec job.

"The Board ran a robust and diligent global CEO search over the last six months, during which we received interest from world-class candidates, including current and former CEOs and technology leaders from successful public companies," David Mahoney, who led the CEO search, said in a statement. "Mike went through this same rigorous process and distinguished himself among the candidates."

The move makes Brown Symantec's third "permanent" CEO in as many years. He had been running the company in an interim capacity ever since the board fired previous honcho, Steve Bennett. Bennett himself only held the job for 18 months, following in the footsteps of Enrique Salem, who was also fired.

Many industry analysts see the revolving door in Symantec's executive suite as evidence of the board's continued frustration with the security firm's lackluster performance, with revenues down or flat for more than four consecutive quarters.

In a canned statement, Brown said he feels confident that Symantec will be able to return to meaningful revenue growth in the second half of the company's fiscal 2015.

"In my time as interim CEO, Symantec has made significant progress to strengthen our business and accelerate our innovation, and I am proud of the individual and collective efforts of Symantec's team," he said.  "Specifically, we are focusing our investments in businesses where demand is greatest and improving operational efficiencies to grow revenue and operating margin."

Prior to his current appointment, Brown served as chairman and CEO of a variety of tech companies, most notably Quantum. He joined Symantec's board following its merger with Veritas in 2005.

Brown will reportedly present his detailed plan for Symantec to the company's shareholders, employees, and customers within the next 30 days. ®