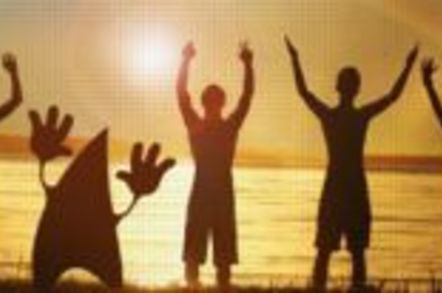 Vinod Khosla, cofounder of Sun Microsystems and billionaire venture capitalist, has lost his battle for his own private beach after surfers successfully sued him for access.

In 2008 Khosla spent $37.5m on a 53-acre property on the San Mateo coast overlooking Martin's Beach, a 200-acre stretch of sand that is much beloved by the Bay Area's surfing community. The previous owners allowed public access to the beach in exchange for a small parking fee, but in 2010 Khosla shut down the access road to the sands, painted over the sign pointing to the site, and hired security guards to keep people out.

He was promptly sued by the Surfrider Foundation, and a long legal battle followed. Khosla's lawyers argued that the 1848 Treaty of Guadalupe Hidalgo, signed two years before the state of California was created, gave him absolute control of his land and thus justified the shutdown.

The Surfrider Foundation's lawyers argued that such action broke the rules set down in the California Coastal Act about public access to beaches. Five surfers attempted to surf the Martin's Beach break in 2012, and were promptly arrested and charged with trespass, although all charges were later dropped.

Last October a judge sided with Khosla, and ruled the billionaire could keep the beach as his own private playground. But on Wednesday an appeal court disagreed, and ruled that Khosla had to allow access to the shoreline.

"The community of San Mateo county that cares about the beach rose up against this and won," Angela Howe, legal director for the Surfrider Foundation, told The Register.

Howe said Khosla had taken the stand in the case but said that he couldn’t recall many of the reasons for his original decision. His lawyers argued that maintaining the road would prove too costly for the billionaire.

The Surfrider Foundation had asked for $20m in fines for closing the access road, but San Mateo County Superior Court Judge Barbara Mallach declined to apply the fines retroactively. However, Howe said that after this judgment there was a "very good case" for applying fines if Khosla doesn't allow access to the beach.

The case highlighted the fears of many that California's coastline could be bought up by well-heeled technology entrepreneurs, who would be able to control access to the state's glorious coastline.

Khosla's lawyers weren't available for comment but are reportedly considering whether to appeal. ®

It's 2019 so, of course, there's alleged ad fraud to the tune of $1bn in tech pushed to doctors