EMC plus HP – pundits do the sums 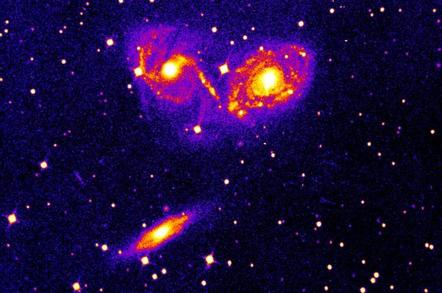 Comment Amongst the storage cognoscenti on Twitter, there’s been quite a discussion about EMC and HP possibly merging, despite the recent reported collapse of talks on the issue.

Most people seemed to be either negative or at best disbelieving that something like this would bring value or even happen.

But from a technology point of view, the whole thing might have made a lot of sense. The storage folks like to point at overlap in the portfolios but I am not convinced that this really matters and the overlap might not be as great as people think. Or at least, the overlap might well finally kill off the weaker products – I’ll let the reader decide those products that deserve to die.

EMC is on a massive push to commoditise and move its technology onto a standard platform; software variants of all of its storage platforms exist and just need infrastructure to run on. I’ve mentioned before that HP’s SL4500 range is an ideal platform for many of EMC’s software defined products.

But storage aside, the EMC Federation has a lot of value for HP. It is early days for Pivotal but I suspect HP CEO Meg Whitman can see a lot of potential in it. She’ll see a bit of the eBay in it – she’ll get the value of some of the stuff that they are trying to do. Pivotal is still very much a startup, albeit a well-funded one.

VMware, I would expect, will continue as it is. It might throw up some questions about EVO-RAIL and HP has pointedly not produced an EVO-RAIL certified stack, despite being invited to do so. But to fold VMware into the main HP would be rash and would upset too many other vendors. But hey, with IBM pulling out of x86 servers – and honestly, who cares about Oracle’s x86 servers – HP might have a decent run at dominating the server marketplace before Lenovo takes a massive bite out of it.

And customers? I’m not sure that they’d be too uncomfortable with a HP/EMC merger; mergers are almost certainly on the agenda and there are less attractive ones on the table.

HP needs software to help it build its software-defined data centre; Openstack will only take it so far today. EMC needs a commodity partner to help it build a hardware platform that would be trusted. An HP/EMC stack would be solid and traditional but with potential to grow into the third platform supporting infrastructure as customers move that way.

And they both need a way of fending off Amazon and Google; this might be the perfect way for them to do it.

I know I’ve been talking about this more like a HP takeover of EMC while any potential deal would be closer to a true merger. This does make it harder – true mergers always are – but culturally, the companies are less dissimilar than most realise. They both need more rapid cultural change … perhaps a merger might force that on them.

As for whether it will happen, most reports say the talks are over and it won't … but would it be a disaster if it did? I don’t think so. It’d also be good for the industry; lots of hacked-off smart people would leave the new behemoth and build new companies or join some of the pretenders.

An industry shake-up is needed, and this might have done the trick. Would the market like it? I’m not especially bothered … I don’t hold shares in either company. I just think it may have made more sense than people realise. ®