Presumably doors, locks and windows, too? 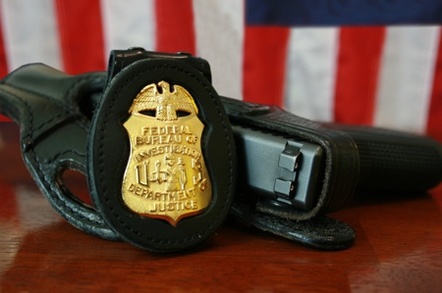 FBI Director James Comey has complained that Apple and Google's use of stronger encryption in smartphones and tablets makes it impossible for cops and g-men to collar criminals.

"There will come a day – well it comes every day in this business – when it will matter a great, great deal to the lives of people of all kinds that we be able to with judicial authorization gain access to a kidnapper's or a terrorist or a criminal's device," he apparently told a press conference.

"I just want to make sure we have a good conversation in this country before that day comes. I'd hate to have people look at me and say, 'Well how come you can't save this kid,' 'How come you can't do this thing.'"

Apple has made great play of its tweaked file encryption in iOS 8, which is designed so that Apple doesn't hold people's crypto-keys so it can't be forced to give them up. The device owner's passcode is used to create the encryption and decryption key in the iThing; decrypting the contents of a person's iOS 8 phone or slab is no longer Apple's problem.

Shortly after the change was made public, Google said it too would switch on a similar system by default.

"I am a huge believer in the rule of law, but I am also a believer that no one in this country is above the law," Comey said.

"What concerns me about this is companies marketing something expressly to allow people to place themselves above the law."

Comey said the FBI was in discussions with Apple and Google about their crypto implementations, but didn’t give any details as to what Cupertino and Mountain View's response had been. It's clear he's not happy that the Feds can no longer get direct access to the handsets via Apple or Google, although data in iCloud is still up for grabs.

And, on iOS 8, not all data is encrypted on the gadgets, and some information can still be extracted if the g-men really want it, security expert Jonathan Zdziarski says.

But Comey is not the first law enforcement type to complain about Apple's it's-not-our-problem-anymore encryption, and he won’t be the last. The untrammeled access law enforcement has had to such devices in the past has been a major tool for fighting crime Comey argued and said enough was enough.

"I get that the post-Snowden world has started an understandable pendulum swing," he said. "What I'm worried about is, this is an indication to us as a country and as a people that, boy, maybe that pendulum swung too far."

Comey doesn't seem to get that in a "post-Snowden world" a lot of phone buyers actually want to make sure their private conversations and pictures remain private. Firms like Silent Circle have sprung up to meet this demand, and now the major players are getting the message too.

Despite Comey's criticism, it's unlikely Apple or Google is going to bow down to the wishes of government and install backdoors in their own products. This would be disastrous to sales if found out, and there are increasing signs that the tech sector is gearing up for a fight over the issue. ®