Apple: SO sorry for the iOS 8.0.1 UPDATE BUNGLE HORROR

Apple kills 'upgrade'. Hey, Microsoft. You sure you want to be like these guys? 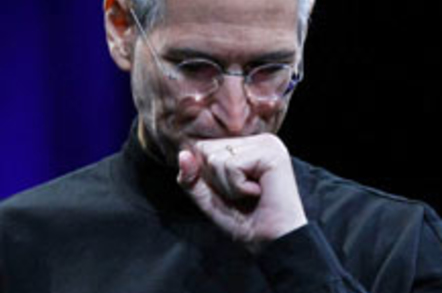 Apple on Wednesday released iOS 8.0.1 and then quickly recalled it – after people complained the "update" had broken cellular connections and Touch ID.

The bungled release was supposed to fix bugs in version 8 of the operating system, which was released this month, including problems that delayed the rollout of its broken HealthKit feature.

But 8.0.1 caused more harm than good. iPhone 6 owners who upgraded their firmware hit the support forums to complain their new handsets were left without any cellular service – meaning no calls could be made. Apple CEO Tim Cook just bragged his biz sold 10 million iPhone 6s over the weekend.

According to users, after installing the update, they were left with "no service" notifications, effectively turning their shiny new iPhones into slightly less-useful iPod Touch units for the time being. Some users are also reporting that the Touch ID system in the handset is failing to accept their fingerprints and unlock devices.

On the plus side, maybe their HealthKit apps are working better now?

In response, Apple pulled down the update less than two hours after releasing it this morning, California time. The iThings now report that iOS 8.0.0 is the most recent release of the firmware; iTunes can be used to restore devices to 8.0. There's no word yet on when a mended iOS 8.0.1 will be released.

Pretty sure iOS 8.0.2 will just turn the iPhone into a fax machine

So, to recap, if you were among the early adopters who queued for hours last Friday, and shelled out several hundred dollars for the newest iPhone, Apple has rewarded you with a product that less than a week into its lifespan has been proven buggy, bent, and now broken. ®