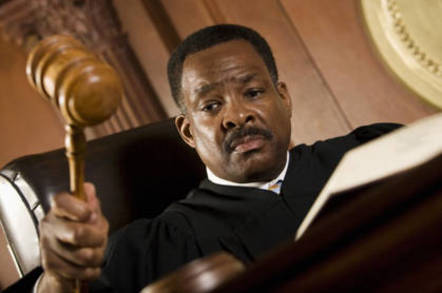 The company lodged its suit on Tuesday in the generally litigant-friendly US District Court for the Eastern District of Texas.

BMC claimed ServiceNow has built “much of its business” around infringement of the technologies, saying they are the core of ServiceNow’s IT management offerings.

Patrick Tagtow, BMC’s General Counsel said in a statement: “ServiceNow’s widespread infringement of BMC’s patents has left us with no choice but to go to court.”

ServiceNow had not responded to a request for comment at the time of writing. We will update if we hear more.

A tale of two companies

While occupying the same IT asset management sector, the two companies' fortunes couldn’t be more different. BMC was founded in 1980 and claims to have 20,000 customers. It was bought out by a consortium of private equity firms last year. The equity boys delisted BMC, taking it private.

ServiceNow has been going in the opposite direction: founded in 2004, the enterprise IT-turned-cloud management vendor went public in June 2012.

The market has loved ServiceNow: it went public at $18 a share, rising to $26 on its first day. Today its shares are worth more than double that, at $59.17.

The price is remarkable given that ServiceNow is actually losing money – a $50.4m deficit in its second quarter, reported in July – almost double that of a year ago.

What Wall Street is betting on is growth leading to profit and sustained income from the enterprise: revenue was up 63 per cent to $166.8m during the second quarter, with ServiceNow claiming it added 169 new customers.