Musk gets another round of corporate welfare 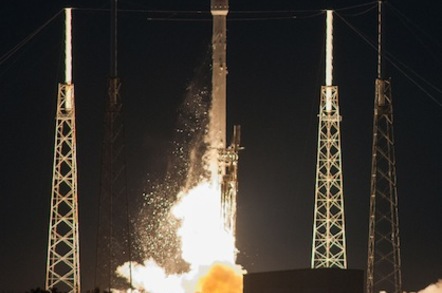 The ceremony was held near Boca Chica Beach in the south of the state. Musk said the first rockets could blast off from the site by 2016. Once the port is up and running, SpaceX could send up one rocket a month from the facility, he claimed.

Musk said its recently announced NASA contract missions will be lifting off from Cape Canaveral in Florida, but SpaceX also wanted a commercial spaceport for its other activities. He said the new launchpad will be used by SpaceX to send a mission to Mars.

"We appreciate the leadership of Governor Rick Perry and numerous other federal, state and local leaders who have helped make it possible for SpaceX to build the world's first commercial launch complex designed specifically for orbital missions," said Musk.

"With today's groundbreaking at Boca Chica, we will begin an investment in South Texas that will create hundreds of jobs and over time contribute hundreds of millions of dollars into the local economy."

Perry has certainly helped SpaceX financially. The state committed a $2.3m grant for the firm from its Texas Enterprise Fund, and has promised an extra $13m from its coffers to defray the cost of the facilities.

While that's nothing like the $1.3bn in government funds Musk's firm Tesla got for siting its gigafactory in Nevada, it's still a good chunk of change. Governor Perry's office said its investment will bring 300 jobs and create $85m in capital investment in south Texas.

"This announcement represents a huge step forward for our state and continues our nation's proud legacy of scientific advancement," Perry said in a canned statement.

"It builds upon our pioneer heritage, our tradition of thinking bigger, dreaming bolder, and daring to do the impossible. SpaceX is the latest in a long line of forward-thinking companies that have made Texas home, and I couldn't be prouder to help break ground on this revolutionary new facility." ®