Walk away slowly, don't look them in the eye 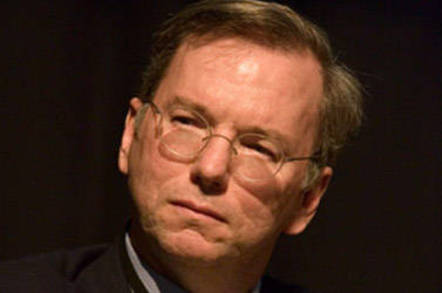 Google has become the latest tech giant to wonder if backing the American Legislative Exchange Council (ALEC) is such a good idea.

Last month, Microsoft withdrew its support for the group, saying it was no longer participating in the organisation's Communications and Technology Task Force.

Google is another high-profile member of that task force, but from an interview over at NPR, it seems chairman Eric Schmidt is reconsidering that position. Speaking to Diane Rehm (audio here), Schmidt says on climate change, the ALEC is “literally lying” and Google “should not be aligned with such people”.

“Everyone understands climate change is occurring and the people who oppose it are really hurting our children and our grandchildren and making the world a much worse place,” Schmidt said.

The “investment” in the ALEC is, he said, was “some sort of mistake”, a view widely held in Google and something it'll try to avoid in the future.

Those investments include big wind farms in Oklahoma, as well as signing up for hundreds of megawatts of renewable supply for its offices and data centres. ®