10-year warranties are the new black 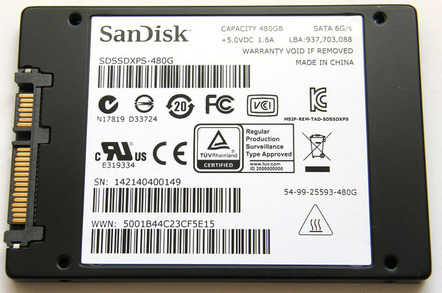 Review Typical. Just when we've gotten over the shock of a SSD drive being offered with a 10-year warranty, namely Samsung’s SSD850 PRO (reviewed recently), when another appears on the block, this time from SanDisk. 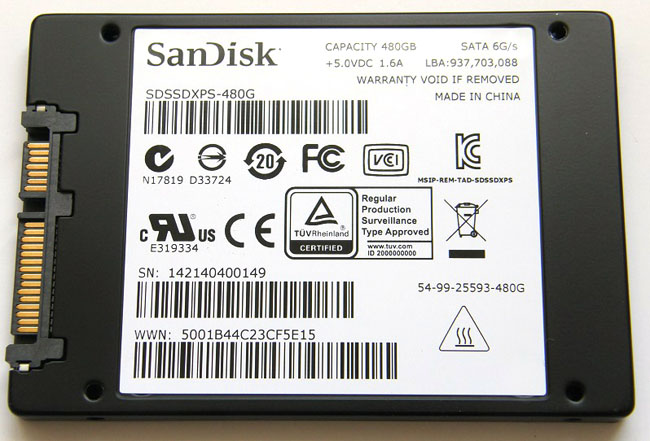 I wonder if you asked the man in the street to name his top four SSD vendors whether many would think of SanDisk, yet the company is a global leader in Flash Memory – and one of the major players in the SSD market. The firm has four drive ranges in the consumer space alone and even more in the enterprise space, where it has been a major force for years.

The company’s latest foray into the consumer market is the new top-of-the-range Extreme Pro series, aimed at the higher end of the segment. As you might have guessed from the name, the Extreme Pro is the follow-up to the Extreme drive but unlike the usual state of affairs in the SSD game lately, this drive range has been a long time in coming, as the Extreme was launched all of two years ago. Three capacities make up the new range: 240GB, 480GB and 960GB. 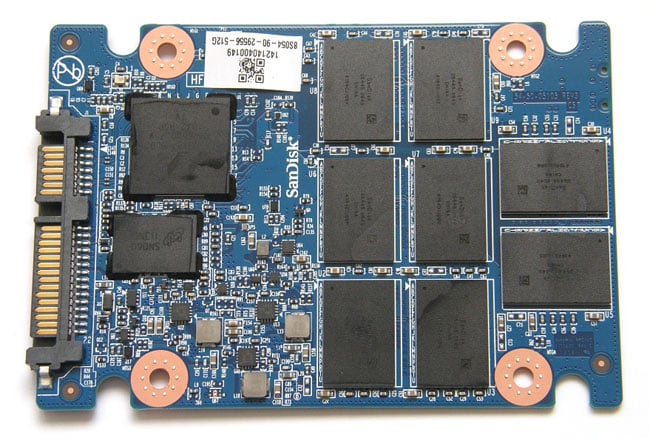 It comes as no surprise to find that the NAND is SanDisk’s own. In the case of the 480GB model on test, there are eight 64GB second generation 19nm chips looked after by a Marvell 88SS9187 8-channel controller with firmware written by SanDisk. All the chips including 512MB of 1600MHz DDR3 cache are located on one side of the PCB.

SanDisk quotes a sequential read of up to 550MB/s for all three drives while the sequential write speeds are quoted at up to 515MB/s for both the 480GB and 960GB units while the 240GB drive is a wee bit quicker at up to 520MB/s. 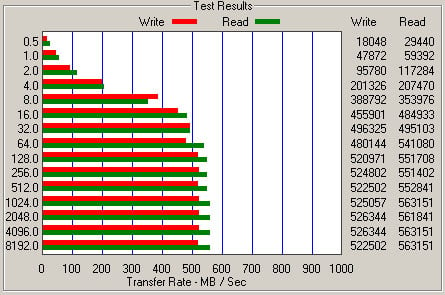 Testing with the ATTO benchmark show that the quoted read speed was a little on the conservative side as the result for the review sample 480GB drive came out at 563MB/s while the write figure was bang on the money as the drive produced a score of 522MB/s – so it goes without saying it’s a quick drive.

The Marvell controller shows no preference for data type as when tested with the CrystalDiskMark benchmark. At its default uncompressed data setting, the drive produced sequential read/write scores of 516MB/s and 502MB/s and 4K read/writes of 31MB/s and 85MB/s respectively. 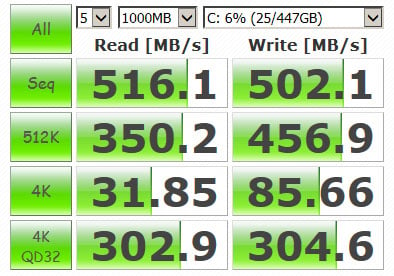 Switching to the compressed data test the sequential read/write scores remained around the same level at 519MB/s and 501MB/s respectively, with the 4K performance staying where it was as well.

SanDisk has implemented the latest version of SanDisk's nCache technology in the Extreme Pro. The new nCache Pro technology takes a portion of the MLC and uses it like faster SLC NAND for cache writes of 4KB and smaller at high speed, thus improving small block performance. It then consolidates them and flushes them into the MLC NAND. 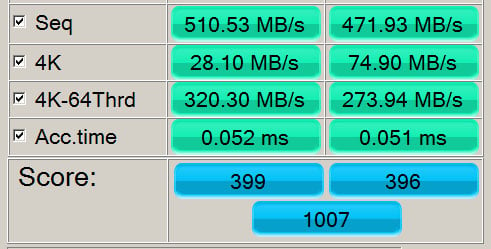 An added benefit of having this SLC buffer is that it is faster and more durable than the DRAM cache and can protect the data if the system suffers from loss in power, whereas if it was stored in the DRAM it would be lost in such an event.

Somewhat surprisingly for a drive at this price point there is no TGC Opal 2.0 or IEEE-1167 encryption or any encryption support for that matter. It may be a moot point about worrying about such things on a consumer drive but it’s worth noting that even Crucial’s entry-level MX100 brings support for both in a drive, that in the case of the 512GB MX100 is close to a hundred quid cheaper than the 480GB Extreme Pro. 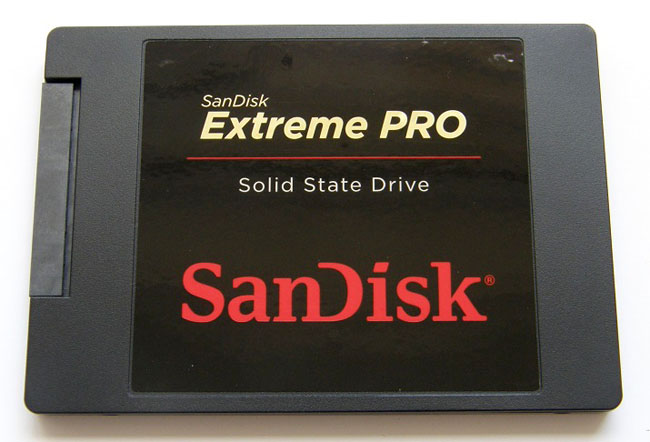 Impressive, but going Pro has a price premium

SanDisk’s Extreme Pro might have been a while in coming but has certainly been worth the wait as it offers a great blend of performance with an extremely long endurance and warranty. The downside is the lack of any form of encryption to keep your data safe from prying eyes – something that two of its main competitors, Crucial and Samsung, have built in. ®